One of my all-time favorite films is Tombstone(1993), the greatest Western ever made -in my opinion (and with all due respect to the great John Wayne, who I love and am a major fan of).Tombstone being my favorite Western, I developed an interest in the film’s central character, Wyatt Earp. I have recently read my first proper biographies of Earp, and man, this guy just blows my socks off! What a fascinating, bigger-than-life character, right out of a great Western novel. I have read hundreds and hundreds of biographies and autobiographies of men and women of every possible stripe, but this guy is, without a doubt, one of the most incredible characters I have ever read about.

Okay, let me tell you twelve things you may not have known about that legendary lawman from the Old West, Mr. Wyatt Earp.

1. Wyatt Berry Stapp Earp (yep, that’s his full name) ran away from home several times and tried to enlist in the Union Army in the Civil War. He was unsuccessful and was sent back home every time, as he was only 13 years old.

2. He loved ice cream. He wasn’t a hard drinker. In fact, he wasn’t a drinker at all. No, the great Wyatt Earp, as macho as they come, never let liquor touch his lips. But he did have a vice: his love of ice cream. Every day in Tombstone, he would stop into the local ice cream parlor and indulge in a scoop.

3. He was arrested for horse theft along with two other men. Wyatt and the other men were accused of stealing two horses (each worth $100) and jailed. Instead of waiting for his trial, Wyatt broke out of jail and escaped through the jail roof.

4. He never was hit or injured during a gun fight. No, not in any gunfight he was ever involved in, which contributed to his legend.

5. He once accidentally shot himself (actually his coat). Although Wyatt was never hit by the bullet of an opponent, once, his single-action revolver fell out of his holster while he was leaning back in a chair and discharged. Embarrassingly, the discharged bullet went through his coat and out the ceiling. 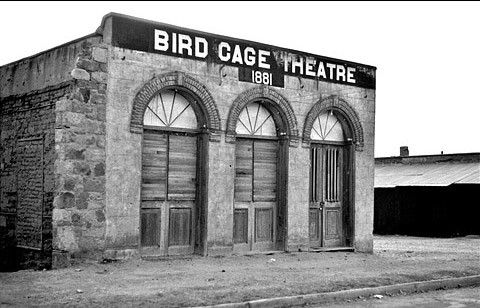 6. He loved hookers and prostitutes. Wyatt may not have been a drinker, but he loved the ladies (ladies of the evening, that is). In one year (1872) Wyatt was arrested three times for “keeping and being found in a house of ill-repute.”
Wyatt was listed as living in a brothel with Jane Haspiel in February of 1872. It is not known whether he was a pimp, an enforcer, or a bouncer in the establishment. Later, in 1876, when his brother James opened a brothel in Dodge City, Wyatt went along with him.

7. He was once fined for slapping a prostitute. Wyatt was fined the sum of $1.00 for slapping a muscular prostitute named Frankie Bell. Frankie had “heaped epithets” on Wyatt and he got upset and slapped her. Frankie spent the night in jail and was fined $20 (Wyatt’s $1 fine was the legal minimum).

8. His second wife was probably an ex-prostitute. Wyatt’s common-law wife, Celia Anne “Matty” Blaylock, who Wyatt lived with until 1881, was reputedly an ex-hooker.

10. He was put on trial for murder. After Wyatt’s signature moment, the gunfight at the O.K. Corral, he was tried for murder, along with his best pal, Doc Holliday. If convicted, the two would have been hanged. Fortunately for Wyatt and his legend, he and Doc were both acquitted. 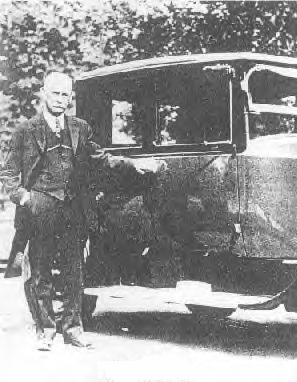 11. He was a pal of John Wayne. In Wyatt’s later years, he lived in Los Angeles and was a technical advisor on several silent cowboy films. He befriended a young actor named Marion Morrison (who later changed his name to John Wayne) and regaled the young thespian with tales of the Old West. Enthralled, the young Duke used to fetch Wyatt cups of coffee. Wayne later claimed his portrayals of cowboys and Western lawmen were based on these conversations with Wyatt Earp.

12. His last words were enigmatic. According to his wife of 47 years, Wyatt’s last words, just before he died in January of 1929 were “Suppose, suppose…” Wyatt’s wife, friends, and biographers all have only made guesses at what he was about to say to complete his thought before he passed away.