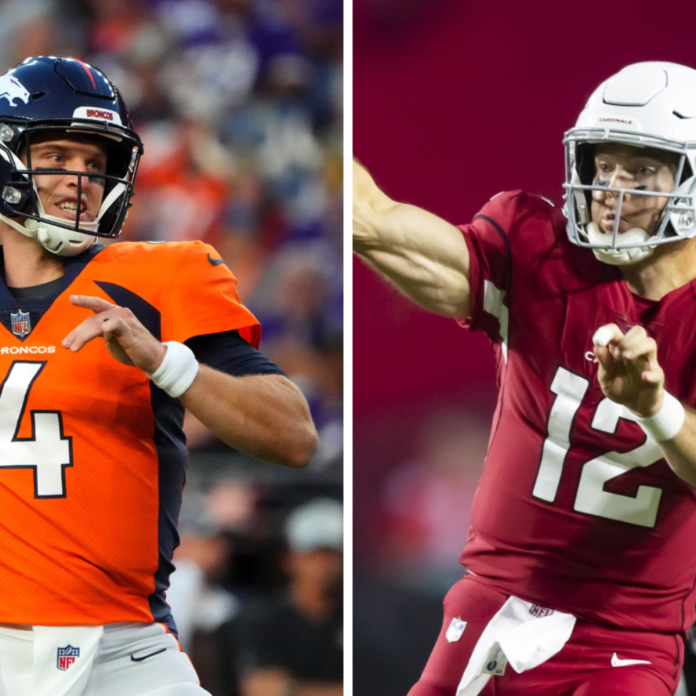 Denver Shows Grit in Chiefs’ Defeat; But Lose Another Heartbreaker

Next Sunday, the denizens of the dessert, (the Arizona Cardinals) come to town to play the Denver Broncos at Empower Field at 2:05 p.m.

The Cardinals do have a history this season and it ain’t that good. Depending on the outcome of the Monday night game (the results weren’t available before press time), the Cardinals will come into Denver with either a 4-9 or 5-8 record. All the talking heads and “experts” picked the New England Patriots to win on Monday.

Regardless of this outcome,  we’re back to the preview. Cardinals’ Quarterback Kyler Murray is a wily and scrappy little feller who can beat you with his feet, as well as with his arm. In many ways he is a lot like Russell Wilson; undersized, mobile, and erratic.

As far as the team’s record goes, they didn’t have a terribly tough schedule, except for the Eagles, Chiefs, 49ers and Vikings. They lost all four of those games. Other than those four teams they’ve had an easy year. But they still lost to many of the lesser teams on they’re schedule.

This year, the Cardinals only lost two games that they didn’t score more than 20-points. But the caveat is most of their losses were by big scores too.

It’s easy to see the way to beat the Cardinals is to keep them from scoring 20 or more points. The Bronco defense can do that. Of course, the offensive still has to score more than 20-points. That is something the Broncos have had a hard time doing this year.

As of this writing, it is unknown how serious the concussion Russell Wilson incurred during Sunday’s game. Wilson took a shot to the head last week when he tried to give extra effort in an attempt to score a touchdown in the Kansas City Chiefs red zone. He was ruled out after that tackle. During a camera close-up, he looked like he was completely out of it and had quite a visible injury wound.

Brett Rypien came in to spell Wilson and had mixed results. On his first series, Rypien engineered a short touchdown drive, but threw up an inception on his second series.

However, I think Rypien can do enough to beat the Cardinals if he keeps the mistakes to a minimum. That said, I would prefer to see Wilson back under center this week. I believe he is improving, although he still has an accuracy problem on a lot of “gimme” plays. He showed some grit last week, tucking the ball and running for important yardage several times.

Bottom line: if Murray is off by just a little this week, and Wilson plays, and the defense keeps the Cardinals under 20 points, and Wilson/Rypien continues to find Jerry Jeudy no matter where he is on the field, the Broncos can win this one.

Before I give an official pick, I want to mention Bronco Running Back, Marlon Mack. Mack came in after Mike Boone went down with a knee injury. Instantly, the offense started to show some spark. Mack also caught a 62yard touchdown on a screen pass from Wilson. I do believe that is the first time this year a Bronco screen pass didn’t go for negative yardage, (I’m probably wrong about that, but I ain’t far off)n Besides the fact that Boone has NFL veteran status, I’ve believed that Mack is the better back all along and should have been getting Boone’s snaps.

That being said, there are glimmers of light at the end of a long terrible tunnel that the Broncos have been “riding” through this season.

Viewing Opportunities: The scheduled early afternoon game time for the Dec. 18 match-up is  ideal for viewing the showdown at a local sports hub or restaurant in Green Mountain Falls, Crystola, Woodland Park, Divide Cripple Creek and Florissant,  if you don’t have any plans,  as Bronco games now almost require beverages of choice and a hearty meal or snack. You will need the nourishment to overcome the pain that has occurred with past Bronco defeats. But let’s hope this is finally their  week to turn things around and break the five-game losing streak. RL)