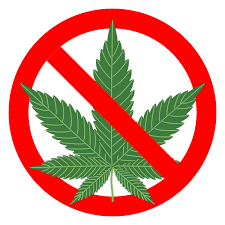 Unless any sudden surprises occur, the city of Cripple Creek is expected this week to approve the final version of an emergency law, calling for a six-month moratorium on the processing or accepting of any pending applications for marijuana licenses and future cannabis shops.

The council is scheduled on Dec. 7 to okay the second reading of an ordinance, which gives the city a 180-day time out period to develop rules for the forthcoming  local marijuana industry.

In one of the big local ballot verdicts of the Nov. election, voters overwhelmingly approved a measure that signaled the green light for allowing retail marijuana, clearing the path for a limited amount of medical and recreational pot outlets. Voters also okayed the proposed marijuana-related taxes associated with this measure.

Only one slight catch: the city has no rules in place or has received any previous proposals for actual marijuana-related possibilities at commercial or downtown sites. This is different from most other Colorado communities that have legalized marijuana sales.

Cripple Creek City Administrator Frank Salvato last week stressed that the moratorium isn’t aimed at slowing down the process. He said the city just wants to establish the groundwork for handling marijuana licenses.

“We will move as fast as we can on this,” said Salvato, in an interview last week.

But that said, he admitted the city needs to finalize a lot of details, regarding land use and the rules for licensing of cannabis establishments. The main issues involve where these establishments can occur and who can receive them.

Retail demand is expected to exceed probable availability, especially with the defeat of efforts to legalize marijuana sales in Colorado Springs by a hefty margin.

According to the proposal approved by the Cripple Creek voters, established by a citizens’ initiative, the town is permitted to have four licenses, two  medicinal and two recreational.  “That is what was allowed in the petition,” said Salvato. Based on the pro-marijuana vote, the city must follow the proposal established in the pro-marijuana petition, authored by the Cripple Creek Wins group. The council can’t establish different rules.

To date, Salvato estimated that the city has received approximately five inquiries regarding future cannabis establishments.

“We want to make sure we do this right,” said Mayor Milford Ashworth, in previous comments.

A lot is at stake as Cripple Creek will become the first town in Teller County to legalize the retail sale of marijuana. According to Teller County Commission Chairman Dan Williams, a working group is being formed to study the possible impacts, which will include representatives of law enforcement and emergency service experts.

Williams and his fellow commissioners and Sheriff Jason Mikesell staunchly opposed the measure. But since the election, Williams admitted that they plan to respect the will of the voters and work towards making this work for the communities involved and impacted agencies.

Hick Seeks to Prepare For Federal Legalization of Pot

In another marijuana development, U.S. Senator John Hickenlooper introduced a bill last week that appears to further move the needle towards the probable federal legalization of marijuana by establishing a regulatory framework that incorporates lessons learned by Colorado communities and other areas that have legalized pot.

Hickenlooper, who represents Colorado, is directing the Attorney General to develop a regulatory framework for when the federal government legalizes marijuana.  This effort would establish a commission on the federal  regulation of cannabis, and would be modeled after existing federal and state regulations for alcohol. According to a press release from Hickenlooper’s office, the proposed framework “would take into account the unique needs, rights and laws of each state and be presented to Congress within one year of enactment of the (marijuana) PREPARE Act.”

“A decade after Colorado pioneered marijuana legalization, Americans overwhelmingly support the same at the federal level,” said Hickenlooper. “This bipartisan, bicameral framework, based on Colorado’s Amendment 64 Task Force, will replicate our success nationally.”

It is uncertain how this cannabis regulatory plan would impact Cripple Creek and other cities that have legalized retail marijuana in Colorado. But it appears the clock is ticking for a pending federal legalization of marijuana, especially if the Democratic Party controls the U.S. Senate and the White House.