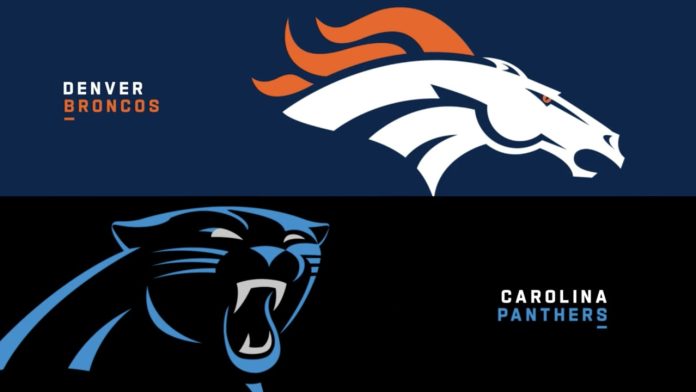 The 3-7 Broncos go on the road next week to take on the 3-8 Carolina Panthers in Charlotte, North Carolina.  Game time is set for 11 a.m. mountain time.

Needless to say, the Bronco season is all but burnt toast as far as any playoff ideas may be running through the minds of any fans who still believe in the Easter Bunny.

All I wanted from this team, since the season took a complete dump so far, was to beat the Las Vegas Raiders and they blew their one last chance to do that in overtime last week, 22-16 in Denver. Once again, Russell Wilson and the Broncos scored only 16-points for the fourth time this season. They are still the lowest scoring team in the league.

It’s like they put together one good scoring drive per game and leave the rest to the defense. An impossible task.

As sad as that is, it may be just a bad case of growing pains. Wilson is new, the whole coaching staff is new. Even the owners are new. One good thing that came out of last week’s game was Head Coach Nat Hackett turned over the play calling duties to Quarterback’s Coach Klint Kubiak. Kubiak is the son of Gary Kubiak, who served as head coach for the NFL’s Houston Texans and the Denver Broncos before stepping down from the position on January 2017, citing health reasons. He was also the Broncos Backup Quarterback to John Elway in the glory days of the Denver Broncos.

The scoring drive against the Raiders was done with better play calling from Kubiak and a faster paced offense. Alas, one touchdown drive was all the Broncos could manage.

So. How about them Panthers?

They’re as bad as the Broncos, maybe worse. Panthers’ Quarterback Baker Mayfield is another refuge from the Cleveland Browns just like all the other first round quarterback draft picks the Browns wasted. But I digress. Mayfield should have just taken the job his uncle asked him to take, offering him to sell used cars. Last week against the Baltimore Ravens, he threw two interceptions and no touchdowns.

The Panthers’ rushing game is basically non-existent. Last week the Panthers’ running game, (I won’t embarrass the player by mentioning his name), rushed for 24-yards. Other than Mayfield’s scramble for 12-yards, that was it for the rushing game.

They do have a threat in the passing game, if Mayfield can get them the ball. Last week, Tight End Terrace Marshall had a good game, averaging 25-yards per catch on three receptions. Broncos have a history of getting beat by tight ends, so they better keep this guy in check. Panthers’ Running Back Chuba Hubbard was the second best receiver with two catches, for 25-yards.

The Panther defense is ranked 26th in the league, so if Wilson and company are going to break the 16-point curse this would be the team to do it against.

At this point, the Broncos are just looking to find some continuity in their offense. In spurts they look great, but they can’t seem to play with the consistency to put together a winning game plan. For a while last week, I did see some quick drop passes to the flats that worked until the Raiders took that away. The no huddle fast offense worked well too. Trouble with that is, if your drives are over too quick your defense suffers.

TMJ Pick: As far as this game goes, it’s going to be which team can blow the win. I think it will be close and low scoring, despite the lousy Panther defense. Broncos will win by a score of 16-10.