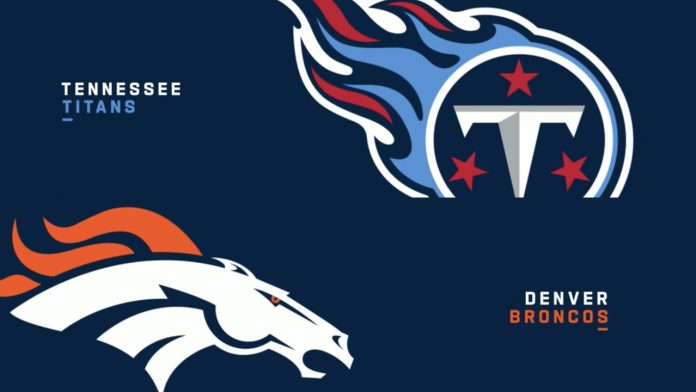 Broncs Square Off Against Titans in Next Big Game

The Denver Broncos go into their bye week with a huge win over the Jacksonville Jaguars 21-17, and a 3-5 record.

Last week, in London, the Broncos came out of the chute like a team possessed by the devil. A swarm of penalties and failed drives amounted to diddly in the first half, until Wilson hit Jeudy on a 6-yard pass for a touchdown with 2:50 left in the first half still trailing the Jaguars 10-7.

The second half was pretty much owned by the Broncos. The defense did their usual magic, keeping the Jags out of the end zone until late in the fourth quarter. But the pleasant surprise was Wilson, Jeudy, Hamler, and Dulcich running wild. Some nice deep balls by Wilson, yards after the catch by Hamler, Jeudy, and Dulcich added a nice touch.

I can’t go on without mentioning a couple things. The Broncos are cursed. Despite having the worst season since the early days of the NFL/AFL merger, the team can’t get a break. Not sure how many fumbles the Broncos forced this year, but it is A LOT, and they recovered only one to my recollection.

Furthermore, I believe opposing teams have pinned the Broncos with punts to the Bronco one or two yard line in 5 of the last 6 games. It happened again in the Jaguar game, but Wilson and company drove 98-yards and capped that drive off with a touchdown. First time THAT happened. Then there is the “red zone” curse. The Broncos are dead last in scoring in the red zone. One last thing, and I’m talking to you NFL. Quit the damn European games and blacking out those games except for people who can afford to subscribe to every stinking sports streaming app that comes down the pike.

There are some positive things percolating just below the surface with this team that occasional rises up and shouts out. Against the Jaguars, and even against the Jets the week before, Jerry Jeudy, K.J. Hamler, and Greg Dulcich are contributing with some great catches. Dulcich has especially shown that he can be counted on in clutch situations. Another bright sign is the red zone curse has been broken. Last week the Broncos scored three touchdowns in the red zone.

This team isn’t as bad as their record. When I say that I don’t mean “not bad” at scoring, they have been bad at that, but the talent is there on offense. The defense is still playing lights out killer and have kept the offense in every game, except that Raider’s game. We’ll get our revenge on those bums when they come to our house on November 20th.

The biggest problem with this team is penalties and terrible coaching.

After the bye, the Broncos go on the road to Tennessee to play the Titans. The Titans are 5-2 as off week 8. Their main weapon, Running Back, Derrick Henry chalked up over 200-yards against a hapless Houston Texans’ team last week. Against the Jaguars, the Broncos had a tough time containing Jag’s Running Back, Travis Etienne. Etienne is 5’10” and 215 pounds, Henry is 6’3” and 247 pounds so keeping Henry from running wild is going to be a challenge. Historically though, the Bronco defense has handled the Henry threat pretty well. Let’s hope that continues.

Titans’ Quarterback Ryan Tannehill, will likely be back to play against the Broncos, after having to sit out last week with an illness. Tannehill is a game manager, for the most part, but he’s sneaky good. This season he has a decent 92.8 rating, 6 touchdowns, and only 3 interceptions. When you have a back like Henry you can afford to be mediocre. He can turn it on though if the run game gets stuffed. He may have to do just that against the Broncos if they contain Henry.

With the 2022 season now almost nearing the halfway point, many Denver Broncos fans are hoping for a comeback in the works, following the team’s impressive win in London.

Maybe, the trip across the Pond was a good luck omen. And as the Bronco general manager and other big executives stressed last week, it’s  a long season and it may just take a little time for the new system with a new coach and highly touted starting quarterback, to get the kinks worked out.   At least that’s the line they are using. Luckily for the Broncs, and their fans, no more prime time nonsense and games that can’t be viewed by regular folks. Ridiculous.

In any case, the NFL season is a great way to put the mute button on all the national, and yes, local politics, not to mention an invasion of social media ramblings.  Let’s have a little fun this fall and winter during football season.

The Broncos get a week off, as the coming week is their bye week. Their next game is scheduled for Nov 13 as they host the Tennessee Titans at 11 a.m. at  Empower Fields at Mile High.

But plenty of heated action is scheduled for this weekend, with virtually a number of division races heating up. And this is not to mention  the Word Series of professional baseball, pitting the Houston Astros against the Philadelphia Phillies. Go Phillies. (At the time of this writing, the series was tied up 1-1).

If you are looking for a great local place to check out the NFL action and World Series don’t forget McGinty’s Wood Oven Pub in Divide, “The Center of the Known Universe,” the sponsor of this year’s Denver Broncos preview columns and NFL page.

McGinty’s, with its sports bar setup and winner of many Best Of awards in the High Country, offers a prime opportunity to view all NFL games and a variety of sports actions, and partake in some great game specials.