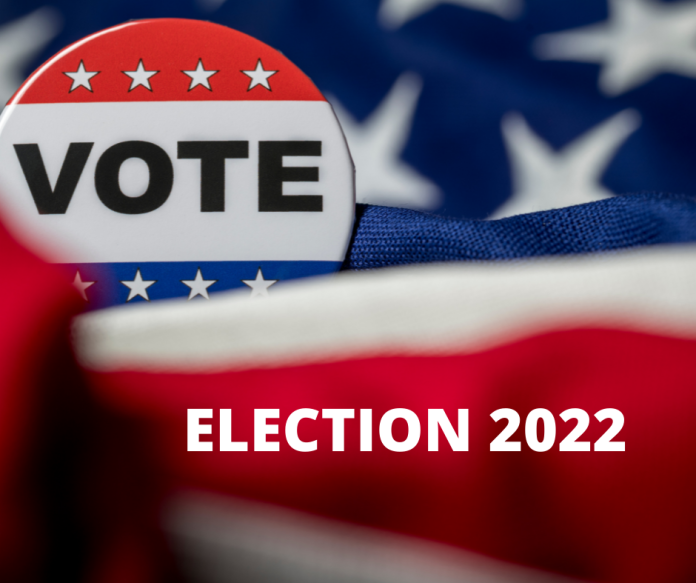 Bullish Start for Pivotal Vote; Mid-term Record Could Get Shattered

Even with only one contested local seat up for grabs, election 2022 is off to a bullish, impressive start in Teller County, as the clock ticks away until the final deadline next Tuesday evening.

And if current trends continue, the Nov. 8 vote, showcased by an epic, 22-inch ballot, capped by dozens of state and local ballot propositions, and some heated races at the state and  national level, could set a record for an off-year election regarding local turnout.  Usually, these elections attract a 60 to 65 percent participation level, an amount that could easily get shattered this year.

So, the early turn-in rate is well ahead of expectations.

“That is pretty darn good,” said Brown, when describing the early turnout in the first week. She said the election is progressing well, and cited the popularity of the county’s three ballot box outlets, during a brief report at last week’s county commissioners meeting.

“We are having a really good turnout so far,” said Brown.  She said the majority of the early ballots received within the first week occurred through the mail and drop-offs at the ballot box outlets in Woodland Park, Divide and Cripple Creek.  The latter method has been the preferred choice of residents in Teller County, according to recent voter trends.

Brown reported that out of the early returned ballots, not that many have been using the designated vote center. That statistic, though, could change, as the election progresses. The vote center in Woodland Park wasn’t open until Oct 24.

She attributes much of early turnout due to the interest in the ballot issues and the strong amount of publicity for a number of key races. Brown noted that it’s hard to avoid the plethora of advertisements for a score of controversial races and ballot propositions.

Clerk officials are asking residents to return their ballots as soon as possible by dropping them off at the ballot box outlets, or by visiting the designated vote center in Woodland Park. It is now too late for voters to mail back their ballots.

The early volume of returned ballots, though, is a good sign

And for a change, last week’s commissioners meeting didn’t feature any debates on the validity of the upcoming vote.  For several meetings, a few residents have questioned the use of electronic voting machines, and have asked for a return to a traditional hand count. They heavily criticized the Dominion voting systems. “The voting machines are not transparent. The voting machines are not accountable,” blasted resident Tim Northrup, who has led a campaign to get the county to return to traditional hand-count.

Despite these pleas, the commissioners have stood behind the role of the clerk’s office in assuring a fair and accurate vote count. They say that doing a hand count could make matters much worse, and introduce the element of human error. Plus, due to vast number of questions on the ballot, they say this hand-count system would be next to impossible for this election.

These views were again echoed by the commissioners at last week’s meeting.

Commission Chairman Dan Williams said he has received many questions from residents about the election. But he said the vast majority of the callers are supportive of the work of the clerk’s office in manning the elections.

He said the length of the ballot has been the main gripe.

The slate for election 2022 has amounted to the longest ballot in recent memory.

As far as key races, only one county contest is being contested. That involves the fight for the County Commissioner, District Two seat, with a contest being waged between incumbent Bob Campbell and challenger Dennis Luttrell (see related story). A spree of county seats will be decided, but the majority of these were already determined at the GOP assembly and primary contests.

But on the state and national level, the political stakes are extremely high. Some of the more heated races have centered on the race for the Governor, Secretary of State, U.S. Senate and the District 7 Congressional seats.

For most of these contests, there is no love lost between the Democratic and Republican candidates, with a brutal mud-slinging display, aired on television airwaves, and recently at public debates.

And in following a familiar  theme of previous elections, there is no shortage of ballot issues for election 2022

Cripple Creek voters alone face three ballot issues. This slate is mainly capped by questions dealing with opening the door for the retail sale of recreational and medicinal marijuana and the associated taxes with legalizing cannabis locally. This is an issue that has generated discussion for a number of years.  Proponents cite the revenue this would provide the city and adding a new younger demographic of visitors, while critics worry about the impacts. Two other cities, Colorado Springs and Palmer Lake, also have pro-cannabis questions on the Nov. ballot.

Creek voters also will decide if they want to approve a one-cent increase in the town’s sales tax, which would exempt food items for home purchase.

Voters of the Divide Fire Protection District will decide on a proposed mill levy increase. Down the Pass, voters in Green Mountain Falls will cast a tally on continuing the current tax in the region for road improvements associated with their involvement with the Pikes Peak Rural Transportation Authority. At stake are $800,000 worth of road improvements in GMF over the next 10 years.

The deadline for returning ballots is 7 p.m. on Nov. 8. Residents who still want to register and participate in the election can do so, but must visit a designated vote center.  Several ones are available locally on election day. For details on the election, visit the Teller County website at www.coteller.co.us.

For Green Mountain Falls and lower Ute Pass residents who have questions, visit the El Paso County Clerk and Recorder’s website. The best and closet ballot drop-off point for these residents is at the Manitou Springs City Hall outlet.