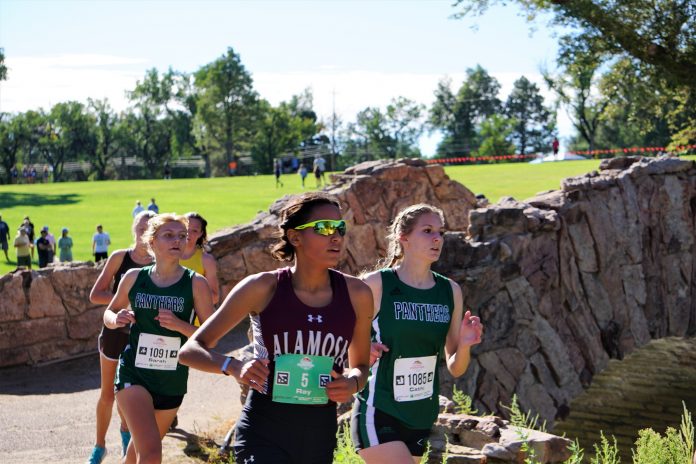 The Woodland Park High School cross country teams traveled to Pueblo on August 27 for their first 5K competition of the season. 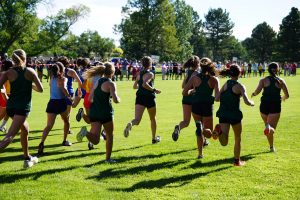 Running against bigger schools and some of the top teams in the state could be intimidating for some schools. That was not the case for the Panthers. The boys’ and girls’ teams competed hard, with the boys placing 7th out of 16 teams and the girls placing 8th out of 13 teams. Although the coaching staff is excited about how well the teams placed in a stacked field, they are even more excited about the way the kids raced.

“We have been talking about racing strategies and running as a pack from the very first practice. It was exciting to see the kids go out and execute,” said Coach Jeremy Grier

The small group of runners that would get together throughout the summer to put in miles saw the most success in the first 5k of the season. Emma Graber was one those runners. She led the girls’ team and finished 13th overall, out of 99 runners. Sam Godwin, another runner that logged hundreds of miles over the summer, led the boys’ team. Finishing within 1 second of Sam was Joseph Begley. “It was awesome to see those two kids run together, I think we have a few more boys that can join them and then we will have a pack that will be fighting for championships,” added the head cross country skipper. 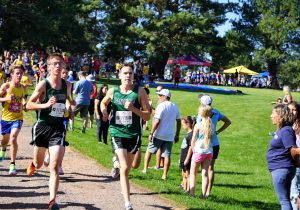 Several of the runners ran PRs (personal record) and several more were very close to setting a PR. “To have runners setting PRs this early in the season is a testament to the hard work they put in over the summer,” said Coach Grier. The coaches were very excited to see how well the freshman competed. The three freshman that competed all finished in the top 5 of the girls’ and boys’ teams. 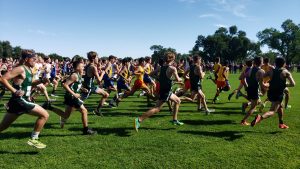 “We still have several runners that were not able to compete this past weekend, but all will be fighting for varsity spots,” concluded Grier.

The team will compete at the Cheyenne Mountain Stampede (Pre-State) on September 2 and at Harrison Panther Invite on September 9.