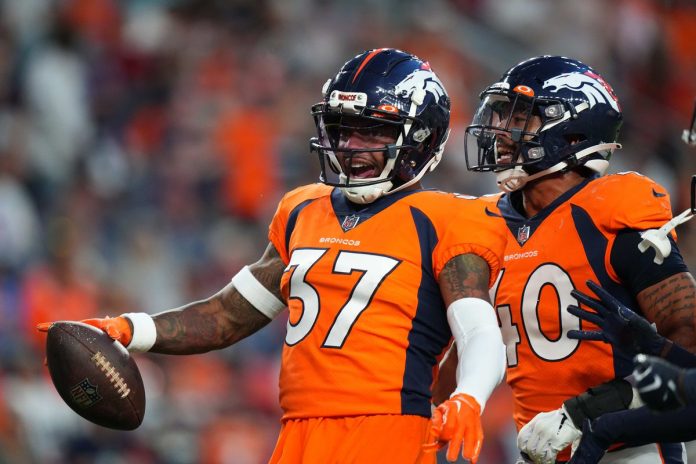 Fans Gearing up for Season Opener Against Seattle

The Denver Broncos came out of the chute with guns a blazing as they dismantled the Dallas Cowboys 17-7 in the first preseason game of the 2022 season.

Yes, it’s only preseason, but it’s a life or death career situation for some players. Preseason is when the rookies, some free agents, and undrafted players, get to audition for a roster spot. For some it will be their last time in a Bronco uniform, but it is also a time to polish that highlight reel so other teams can take a look at you and maybe pick you up.

Let’s take a look at who did what to up their value and who disappointed.

The Good, The Bad, and The Ugly

Quarterback Josh Johnson. Johnson has bounced around profession football teams perhaps more than any other player I can think of. He’s played on and been cut by 17 pro football teams. Against the Cowboys last Saturday night, he shined. Johnson played the whole first half. He was 16-23, for172 yards and two touchdowns and at one point threw 12 completions in a row. What impressed most was his accuracy with the deep ball. He connected on several passes over 20-yards. He also demonstrated great touch passing on a jump ball TD pass to Kendall Hinton.

Wide Receiver, Brandon Johnson. This Johnson is an undrafted free agent out of University Central Florida. He’s 6’2” 195 pounds. On his first target, Josh Johnson’s pass went right through Brandon’s hands. On the next play, Josh Johnson hit Brandon Johnson for a 40-yarder that set up the Broncos first touchdown. For a while in the second quarter, it was the Johnson and Johnson show. Brandon Johnson finished the night with four catches for 64-yards. His stock just went up as a possible replacement for Tim Patrick who is out for the season with an ACL injury.

Wide Receiver, Montrell Washington. Washington was the Bronco’s round five draft pick in the 2022 draft. He was picked primarily as a punt/kickoff returner because of his speed and agility. Against the Cowboys he proved that he can be that return man that the Broncos have long suffered lack luster performance. Washington returned 2 punts for 45-yards and nearly broke one to the house. He also caught two passes for eight yards. He’s a keeper.

Jamar Johnson had five solo tackles and two assists against the Cowboys. He was taken by the Broncos in the fifth round of the 2021 draft. He is currently low man on the totem pole of safeties but his performance last week may help him retain a spot on the roster.

Singleton has been around the block a few times. He was signed by the Seattle Seahawks in 2015, and has been with the Philadelphia Eagles, New England Patriots, Minnesota Vikings, and Calgary Stampeders. He had 2-solo tackles and batted down a Cowboy pass last week. If that is enough to secure a roster spot remains to be seen, but since Jonas Griffith went down early in the game with a dislocated elbow, Singleton may be around for a while.

The run game. The Broncos only managed 39 rushing yards in the whole game.

Running back Mike Boone. Boone was picked up by the Broncos last year after spending three years as a Minnesota Viking. Against the Cowboys, Boone had 3-carries for minus 1-yard.

Running Back Max Borghi.  Borghi is a rookie out of Washington State. He’s a local kid who went to Pomona High School in Arvada. Borghi had four carries for 10-yards. Oddly enough, Borghi was cut by the Indianapolis Colts in favor of another Colorado kid, Phillip Lindsay.

Edge Rusher Nik Bonitto. Bonitto had 4-sacks against the Cowboys in the joint practice last week but didn’t do anything against the Boys during the preseason game.

Brett Rypien. Granted Rypien was playing behind the third string offensive line, but he nearly threw three interceptions. He wasn’t all bad and had one great pass to Jalen Virgil for 42-yards from the Bronco’s 1-yard line.

*All football eyes will be focused on the Denver Broncos’ first opening game of the year on Sept. 12, when they travel to Seattle on Monday night to take on the Seahawks. With Russell Wilson at the helm, it could be quite a show. Russell will undoubtedly get his share of cheers and boos in a super loud atmosphere that rivals Empower Field at Mile High. The hype for this game grabbed most of the media attention during the final quarter of Saturday’s preseason game, after the Broncs pretty much sealed the deal. In fact, the TV announcers spent more time outlining this forthcoming Monday night showdown and preparing fans for opening punches, then doing any more playby-play. Who can blame them.

As for the next preseason duel, the Buffalo Bills will host the Broncs on Saturday at 11 a.m. (mountain time).