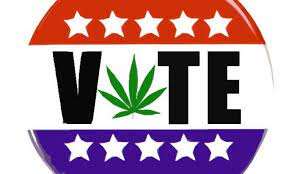 Cripple Creek voters will face some significant ballot decisions this November during a pivotal election.

Last week, the city council, in a decision that left few surprises, strongly signaled the green light for a ballot resolution, calling for a one-cent sales tax hike. This proposition, approved unanimously by the council, would up the city’s current sales tax rate from 2 to 3 percent..

The ballot question doesn’t restrict the city from using the projected money in any specific manner.

And unless a substantial number of signatures are rejected, citizens will  most likely be casting tallies also on an un-related citizens initiative, aimed at opening the door for recreational and medical marijuana sales and operations. The group, called Cripple Creek Wins,  submitted  362 petition signatures on Monday, according to campaign leaders. This signature total makes their effort almost a sure bet for an official ballot question at the November election. The petition effort kicked into high-gear early last week.

If successful, Cripple Creek would become the first municipality in Teller County to legalize retail cannabis.

“The campaign is going very well,” said Kyle Blakely, the registered agent, who is coordinating the pro-cannabis effort that has already received strong support from the Cripple Creek Casino Association and other community leaders. “We are getting a lot of support.”   Proponents cite the fact that the proposition would provide the town with a lot more revenue and diversify the local economy. Moreover, they say it would allow Cripple Creek to compete better with other tourist and entertainment towns in Colorado, such as their rival gaming communities outside Denver, Black Hawk and Central  City.

The group only needs between 40 and 50 autographs from registered voters in Cripple Creek for their initiative to qualify as a ballot proposition. The city clerk’s office  had already approved the pro-marijuana petition wording for their lengthy 20-plus page document that would legalize marijuana sales for a variety of business types, including recreational and medical pot, testing facilities and grow operations and cannabis hospitality establishments.

But in the petition, there would be strict limits on how many licenses can be issued annually, similar to what is done in Manitou Springs. Also, a hefty portion of the extra tax revenue would be allocated for the purposes of “advertising entertainment and recreation for adults in Cripple Creek.”

The idea of retail  marijuana sales has been tossed around for the last five or so years, with the concept gaining strong momentum in the last few months. Last winter, casino operators urged city officials to consider this idea so the city of Cripple Creek wouldn’t have to rely so much on gaming device fees in order to operate.

The pro-marijuana group faced a deadline of the end of business July 25 to submit their petition, and they did meet this requirement. The verification process will last for several days, but most government insiders are predicting that the proposition will gain a spot on the November ballot.

If the effort progresses as expected, the city council will have the opportunity to review the group’s initiative proposal at their Sept. 7 meeting and actually approve the proposal without having a citizens vote. But in any case, a vote would have to occur on the projected marijuana-related revenue associated with the plan as part of the Taxpayer Bill of Rights provisions.

And based on previous comments, a city-wide vote on the marijuana issue has been favored by elected leaders, if the group gains enough valid signatures.

As a result, Cripple Creek citizens will face their most significant ballot questions in some time this November.

A Need For More Revenue

The sale tax proposal, favored by city officials, could generate between $300,000 and $900,000 a year, according to the proposed resolution.  It would not include food items purchased for home consumption, according to Cripple Creek Finance Director Paul Harris, who crafted the official sales tax increase resolution.

The council didn’t debate the resolution, setting the stage for a vote on this  issue during the November election. The city faced a deadline in order to proceed with an official ballot question.

In an earlier  meeting, the council indicated strong support for the proposal. At last week’s final hearing on the issue, Mayor Pro Tem Tom Litherland asked if the plan would outline how the extra money would be allocated.

Harris told him the city didn’t have to impose these types of restrictions, and he believes that restricting the use of the funds could become counter-productive.

“This gives you the most flexibility,” replied Harris, in favoring the option of not specifying the spending purposes of the possible extra tax money.

One fact remains certain:  Cripple Creek could use extra revenue as the city’s fiscal situation is only getting worse. At last week’s meeting, Harris reported that the most recent tabulation of local betting devices for the beginning  of the third quarter was quite dismal. It represented a total count of only 2,779 games and devices throughout the gaming community. This is 22 percent lower than the same time several years ago, just prior to the implementation of the COVID-19 impacts.

Since the pandemic, local casinos, which initially got hit with a three-month closure and additional capacity restrictions, have learned to run their operations with fewer games. Plus, the expansion spurt of Bronco Billy’s has further reduced the total game lineup on a temporary basis.

As a result, the city has mulled ways to up its revenue stream, as currently, device fee revenue represents the city’s prime funding source.

Timing of Vote In Question

To date, city officials and leaders have taken a neutral stance on the marijuana proposition.

It’s still unclear if the proposal would have a problem with timing, as a variety of other pro-pot and drug proposals are on the ballot in the region and state.

Last week, the Colorado Springs City Clerk’s Office ruled that voters in the Springs will cast tallies on a ballot plan for legalizing recreational marijuana sales citywide, as a result of a successful campaign launched by a group called Your Choice Colorado Springs.

Officials verified more than 21,500 valid signatures, a number that will force a city-wide vote.

And late last week, a bid to legalize psychedelic mushrooms and create healing centers across Colorado moved forward.  This issue will be voted on statewide in November.

In previous comments, Blakely didn’t see the  Springs marijuana vote as having any impact on the Cripple Creek pro-cannabis question. “We are reaching a different audience,” said Blakely.