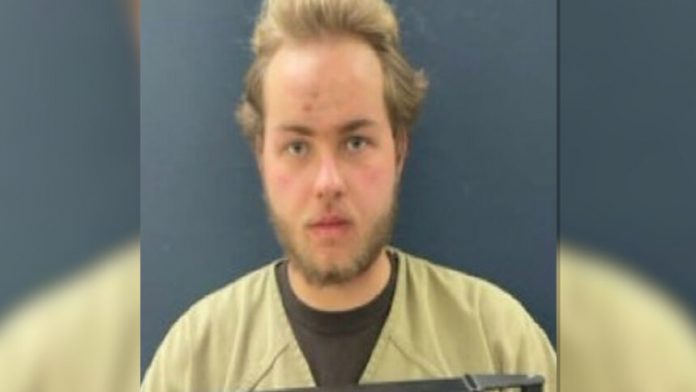 Residents were shocked last week when it was announced that a local man had been arrested for the second time on charges related to sexual assault on a minor.

Moreover, according to media reports, the small bond amount posted against the alleged assailant has outraged some locals.

When he was originally arrested in May on sexual assault charges, Harris was slapped with a bond of $20,000.

After he was released, police found evidence that he had sexual relations with another female under 15 years of age.

When he was arrested the second time last week, he was at first arrested with no bond. But then after he was arraigned, he was given a smaller bond of $10,000 and was released back into the community.

After conducting investigations and interviewing several witnesses, the police found evidence on Harris’ phone that he had filmed two underage kids having sex. They also found evidence that he was giving juveniles narcotics and vapes.

In the end, five victims had come forward blaming Harris for taking pictures of underage girls and selling them on Snapchat for $20. The victims also alleged that Harris had sex with an underage female and took pictures of it.

When the police first confronted Harris, he refused to give them the pass code and allow them access to his phone. The police did though eventually get into his phone using an algorithm where they found evidence on his phone including sexually explicit pictures of minors and other illegal acts.

Harris was originally arrested on several felony charges including sexual assault on a minor under the age of 15, sexual exploitation of a child, and four counts of contributing to the delinquency of a minor. His bond was initially set at $50,000, but then he bonded out after it was reduced to $20,000.

The new court records allege that after he bonded out on the first set of charges, he continued to violate the law. According to the court records provided on his second arrest, Harris had sex with a minor under the age of 15 before and after he was arrested the first time.

The second arrest came about when two people who wished to remain anonymous came to the police station to report a crime.

The police then reached out to the suspected 13-year-old victim and she agreed to speak with the detectives about what had happened between her and Harris. She said that she hung out with Harris for the first time back in April when Harris picked her up at a local park in his father’s SUV with another minor.

The victim then told police that she and Harris went to a campground north of Woodland Park and had unprotected sex in the SUV. Harris then dropped the victim off back in town and she didn’t speak of the incident again.

But then after Harris was arrested the first time in May, the victim admitted to hanging out with Harris again even though they had heard about his alleged crimes.

After his arrest, the victim said that she and another female would drive around town with Harris. The victim told police that they never told anyone about being around Harris because they knew he would get in trouble.

After the interview with the victim, the victim’s family gave the victim’s phone to the police where they found several text messages between her and Harris. The police found evidence that the two had texted each other several times during the month of June.

Harris was then arrested for the second time on July 13 on class 4 felony charges of sexual assault on a minor under the age of 15. Harris is due back in court on August 1.