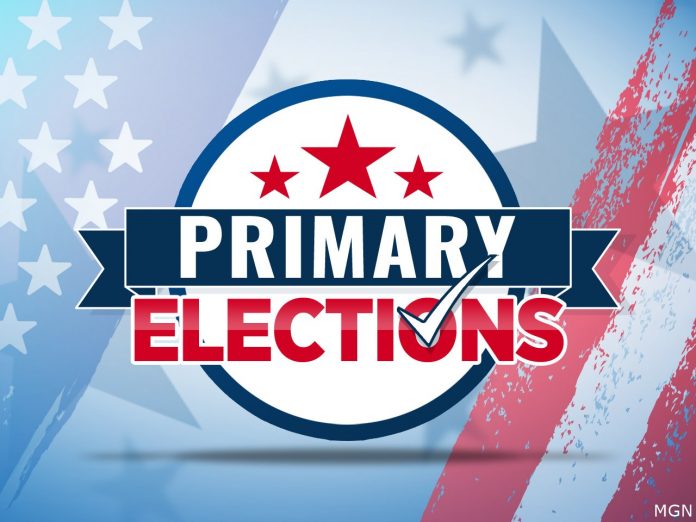 Bob Campbell and Dennis Luttrell to Square Off in Commissioner Showdown

Teller  County voters bucked the prevailing trend in last week’s primary elections by mostly backing more partisan and pro-Donald Trump candidates and those who believe the 2020 election was stolen from the former president.

But throughout the state, it became a winning time for  more moderate, establishment-oriented GOP contenders, setting the stage for a competitive showdown in November, with Republicans hoping to recapture one of Colorado’s state legislative bodies and other key seats. An unprecedented, bizarre  campaign orchestrated by state Democrats, aimed at trying to indirectly garner support for the more conservative, partisan GOP contenders, fell way short.

Even though Teller voters supported a few of the more notable and outspoken GOP losing candidates, the primaries attracted an impressive turnout locally, with close to 40 percent of the eligible voters participating This is a much higher percentage figure than in El Paso County, and is especially quite impressive considering that no local elections were at stake.

And for the first time in more than a decade, the county will have a competitive general election for a top county commissioner seat, with incumbent District 2 Commissioner Bob Campbell facing a challenge from Democratic primary winner Dennis Luttrell, who served previously as a Teller commissioner in the 1980s.

These are some of the highlights of the primary election results, with 39 percent of active voters partaking in the vote. Under a relatively new state law, unaffiliated voters can participate in the primaries, but must choose which one they want to participate in.

In the local GOP primaries, none of the GOP candidates were challenged at the primary level. In fact, Campbell is the only candidate being challenged by the Democrats.  As a result,  the path is now clear for Teller County Sheriff Jason Mikesell to serve a second term, along with Treasurer Mark Czelusta.  Deputy Clerk Stephanie Kees will become the new clerk and recorder next January and Carol Kittelson will assume the position as assessor, with Steve Tomsky keeping his seat as coroner and Eric Somonson getting the nod for surveyor.

As for the top local vote-getter, Mikesell won this contest  with close to 5,000 tallies.

For the County Commissioner District 2 race, Campbell tallied a little more than 4,350 votes, while Luttrell got close to 1,700 tallies ,in their respective local primaries. If elected in November, Campbell will become the longest serving commissioner in the last two decades.

Luttrell served as commissioner in the 1980s and actually was a former member of the Republican Party. He lost a bid for re-election in 1990, and then left the area, serving in a variety of elected and government managerial positions in Massachusetts and the New England area.

Both candidates have strong name recognition in the area. Campbell has served in county government as a commissioner and treasurer for the last 20-plus years, and Luttrell has been involved with the planning commission and has written a number of letters to the editor on issues of concern.

In the Democratic contest, state Senator Brittany Pettersen was unopposed. In the Teller County Democratic primary, she received more than 1,700 votes.

The winner of this seat will fill a position formerly held by U.S. Representative Ed Perimutter, a Democrat.

The battle for this seat has gotten quite competitive as Republicans are mounting quite a challenge for this position due to the retirement of Perimutter.  This new district includes many mountain communities. But the district also takes in Broomfield and much of Jefferson County, so the GOP Party still faces tough odds.

For the Congressional District 5 seat, veteran incumbent Doug Lamborn emerged as the clear favorite in a battle among four candidates, with stern competition from state representative Dave Williams. A wild, mud-throwing battle, capped by vicious television ads, was waged between Lamborn and Williams in the last month of the campaign.

Lamborn will square off against David Torres, a health care administrative manager, who won the Democratic primary, in the November showdown.

This district, which Teller was formerly part of prior to the latest redistricting, now most represents  most of El Paso County

Teller GOP voters definitely showed their conservative pro-Trump side in the respective contests for governor, U.S. senator and secretary of state. In these competitions,  Teller  voters sided heavily with the more conservative contenders and those who sided with Trump’s contention that the 2020 election was stolen from him, and Joe Biden is not a legitimate president.

But in the state Republican race, Ganahl won the primary and gained the opportunity to challenge incumbent Governor Jared Polis.

In the battle for the GOP top challenger against Incumbent U.S. Senator Michael Bennet, Teller voters favored Ron Hanks over Joe O’Dea.  Hanks was considered the more conservative of the GOP contenders and was often featured in the unusual advertising campaign, conducted by state Democrats, which even suggested he was part of the insurrection riot at the U.S. Capitol.  He was a strong supporter of Trump.

But across the state, O’Dea was declared as the GOP primary winner.

And in the heated battle for the secretary of state race, Teller voters came close to choosing  Mesa County Clerk and Recorder Tina Peters, who has been indicted for election tampering and misconduct. She has commanded center state with some of her comments in support of the former president and allegation about voter fraud. In the Teller vote, Peters fell short of capturing the local primary vote by less than 200 tallies.

In the end, Teller voters, though, favored Pam Anderson, a former clerk and recorder in Jefferson County, who won the primary state-wide.

In other uncontested primary races, Mark Baisley, a familiar figure at local forums, got the nod as the top Republican candidate as the District 4 State Senator.  He faces a challenge from Democratic primary winner Jeff Ravage.