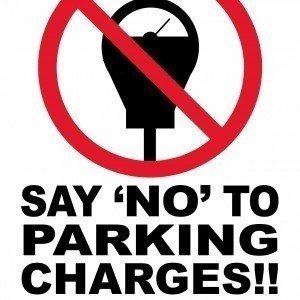 In  a decision that didn’t provide many surprises, the GMF Board of Trustees last week agreed unanimously to officially terminate its current contract with Interstate Parking Company of Colorado.

As a result, the sight of state-of-art, paid-parking kiosk devices, with fancy scan codes linked to individual smart phones and a variety of electronic payment options, won’t be returning. But with this verdict, the town staff, namely the marshal’s office, volunteers and the trustees  will assume the responsibility of  managing the town’s parking  scenario, such as handling complaints, issuing citations and directing lost hikers to correct places.

“We have to assume the responsibility of taking it over, said Mayor Todd Dixon,” following last week’s meeting during which the trustees gave Interstate the boot. ‘It falls on us.” He is optimistic, though, that the town can overcome its parking challenges through better signage and continual trail and visitor education.

“It didn’t feel like it was the right fit,” said Dixon, just prior to last week’s formal decision, in discussing the agreement it  had with Interstate. “We didn’t get the right infrastructure,” added the mayor, who indicated he supported the idea of paid parking in GMF originally.

Interstate also reportedly wanted out of the deal, as it lost close to $100,000 in implementing the program in 2021, including the theft of one of its signature kiosk devices near the Gazebo park.

The decision to scrap the Interstate contract followed an earlier workshop regarding the town’s parking situation, and then a subsequent public, community-oriented forum. During both sessions, sentiment ran strong against continuing the parking program.

Concerns were raised about the impacts the program imposed on local businesses and the anti-tourist and visitor message it created. Plus, many community leaders believed it caused too  much confusion and the town didn’t reap that much financial gain

Former Mayor Jane Newberry stated that the program was needed to help  manage its visitor and hiker overload at peak times. The former mayor maintained that the secret of GMF’s trail system was out,  a fact that generated a huge hike in visitor traffic.

The  issue of parking continues  to spark much comment.

Trustee Sunde King, who was not a member of the board, when the original decision was made to have paid parking, questioned how the program got approved initially. She cited the fact that virtually everyone who attended a public forum at the Sally Bush Community Center on June 1 voiced opposition to the program. If some residents favor paid parking, she stated that she would like to hear from them.

Veteran Trustee Katharine Guthrie, who was a member of the board that okayed the two-year deal with Interstate, stated that the program followed a survey indicating a strong concern over managed parking. She still believes that is the case. “People want parking management, but they do not want paid parking,” said  Guthrie.

She also emphasized that this contract with Interstate Parking, which oversees paid-parking arrangements in a number of communities, started as a mere “pilot program.”

But in a recent trustee workshop on the parking scenario, Guthrie conceded that the same problems the town experienced with illegal parking were not being addressed. She indicated that the company wasn’t fulfilling its agreement with the town. “I don’t think they honored their contract,” said Guthrie.

“They are in breach of contract,” stressed the  mayor, on several occasions during the earlier workshop.

The writing was pretty much on the wall when Interstate decided to postpone any action on bringing back its kiosk devices for a return run of the program this year. They had actually wanted to have a time-out on the program for a one-year period, according to GMF officials.

Town Manager Becky Frank had mulled some  alternatives to help the contractor, such as doing away with the free two-hour parking and replacing that with a system that would permit parking vouchers for customers at local businesses, restaurants and shops.

However, the trustees, at their earlier workshop, clearly favored killing the program altogether and allotting more resources into the marshal’s office for code enforcement. Plus, they wanted to have better signage. In addition, several trustees stated that past problems with hikers could get curbed through better communication.

The impetus for the parking program originated during the coronavirus epidemic, when Coloradoans were encouraged to enjoy outdoor amenities, such as area trails. The GMF 10-plus-mile trail system encountered a big increase in users, following the pandemic.

At one point, GMF officials considered  introducing an ordinance shutting down the town’s trail system temporarily due to safety concerns associated with the pandemic.  But other long-time residents countered that this constituted much over-reaction and would negatively impact the community.

Already this year, Dixon stated that the town had not experienced many problems with a hiker invasion. He believes the crux of the problems it does have with parking stem from confusion among visitors and hikers, when they come to GMF.

“A lot of people just don’t know where to go,” said the mayor, who favors more emphasis on such efforts as the trail ambassador program.