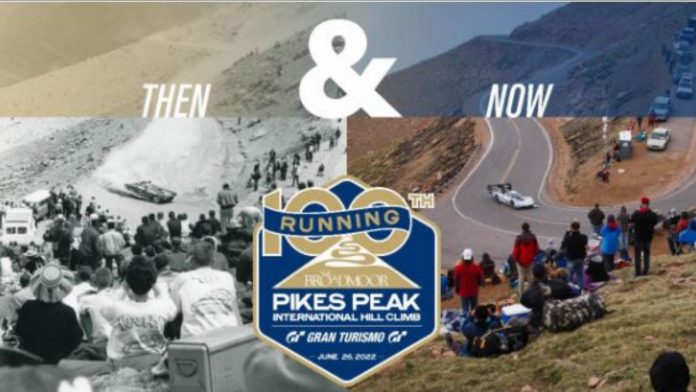 As it draws closer to summer, race fans everywhere are starting to get excited for probably the area’s biggest event of the year.

On June 26, the region will celebrate the 100th running of the Pikes Peak International Hill Climb brought to you by Gran Turismo.

The first time cars raced up America’s Mountain was officially in 1916, right after Spencer Penrose built the highway to the summit. But, the race took a few years off over the years during World War I and World War II.

For most of the race’s history, the 12-mile, 156-turn course was a dirt track. But then in 2002, the City of Colorado Springs started paving the course due to losing a lawsuit filed against them by the Sierra Club.

Crews then started paving about 10 percent of the course per year. The race in 2011 was the last race that had dirt on the course as about 25 percent of it was unpaved.

Starting in 2012, the paved course opened the doors for a new level of racers. Those wishing to race up the mountain now had to focus their efforts on building a vehicle for pavement instead of gravel.

The change also made the racers a lot faster and the dream to break records on the course got a new found energy. In fact, automobile manufacturers and racing enthusiasts from across the world started ramping up efforts to claim the fastest record up the mountain.

However, during the 100th running of the race this year, the competition will look a little different than it did in the past. For most of the race’s history there were not only several classes for automobiles, but motorcyclists also took their chances racing up the mountain.

But in 2019, motorcycle racer Carlin Dunne tragically passed away after wrecking his motorcycle off the highway just before reaching the summit. After Dunne’s sudden death, race officials decided to ban motorcycle racing on the mountain indefinitely until better safety procedures can be drafted.

The race in 2020 was the first race in several years without motorcycles. And due to the coronavirus pandemic, there were less racers as many of the international competitors could not come out to compete.

That year, Woodland Park resident Clint Vahsholtz was able to rack in the fastest time up the mountain earning him the “King of the Mountain” title. After his big victory, Vahsholtz stayed off the mountain in 2021 to let his son Codie take the reins of the open wheel racer.

But this year, Clint has put his name back on the competitor’s list for the 100th running. This year’s race will mark the first year where Clint and Codie Vahsholtz both raced in cars up the mountain. In years past, Codie would race on a motorcycle while Clint would race up in a car.

This year, Codie Vahsholtz is slated to race his challengers in the open wheel division with his Vahsholtz Racing-built 2013 Ford Open. Clint Vahsholtz will be back on the track with another foreign-built car. In 2022, Clint will be racing in the Pikes Peak Open division in a 2015 Aston Martin Vantage.

For the 100th running of the race, many familiar faces have made the decision to return to America’s Mountain. Along with Clint Vahsholtz, former “Kings of the Mountain” Robin Shute and David Donner will be making a return.

Familiar racers and newcomers from the famous Millen and Unser clans will also be making an appearance. And, there are 16 newcomers on the competitors list to try the race for the first time.

In total this year, Pikes Peak will see 81 racers test their skills on the course. For this race, three elite female racers also got their names on the competitor’s list.

Kathryn Mead, 2020 Rookie of the Year, and two-time third place finisher in the Porsche Pikes Peak Trophy by Yokohama division, returns for her third race on Pikes Peak – America’s Mountain, this time switching to the Time Attack 1 division.

Laura Hayes, professional BMW Driving Instructor based in South Carolina, will make her second competitive attempt at the 14,115-foot summit. Loni Unser, a fourth-generation racer from one of the most prominent names in auto racing, will compete for the first time in the Race to the Clouds.

In 2020, due to social distancing requirements brought about by the pandemic, there were no spectators allowed on the course. But spectators were back last year and there will probably be even more this year to celebrate the race’s 100th running.

To purchase tickets for the race, visit ppihc.org.