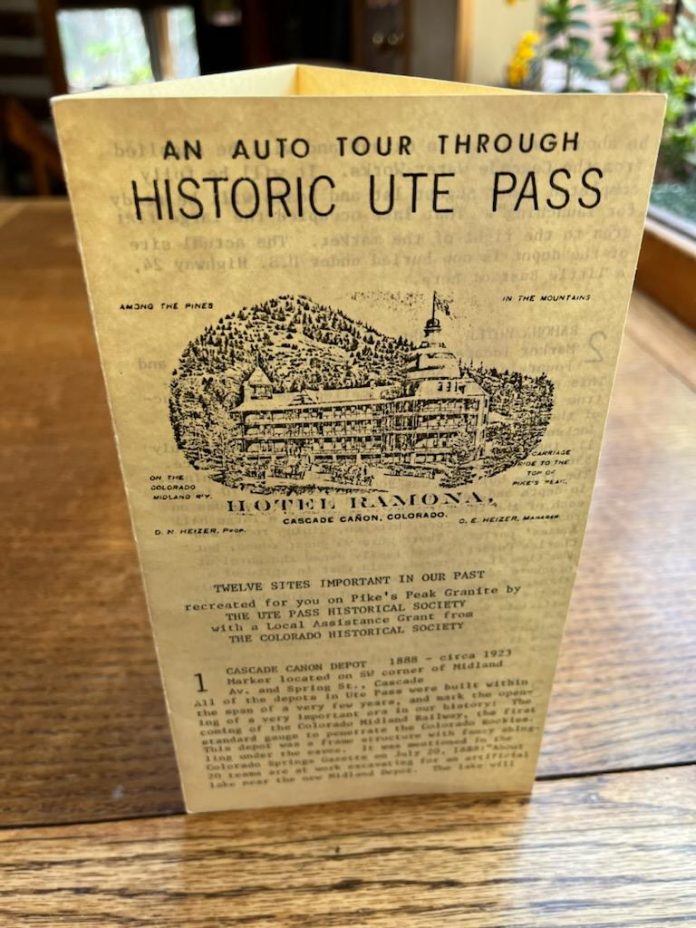 With warmer weather right around the corner, now is the time to start making outdoor plans. During the late spring and summer seasons, many locals like to spend their free time taking a cruise through the mountainous regions to take in all of the scenery found nearby.

Most people choose to embark on the typical cruises through the canyon to Florissant or over the mountain passes into Cripple Creek or Victor. But what many don’t know is, there is an educational cruise anyone can take that shows travelers some of the history of the area.

Towards the end of the Ute Pass Historical Society’s book “Discovering Ute Pass Volume I: Tales of Lower Ute Pass (Cascade, Chipita Park, Green Mountain falls and Crystola),” there is a self-guided tour that marks out of all of the historical markers in the area. In total, there are 12 markers that all commemorate the places where historic buildings once stood.

The tour outlined in the book takes people on a trip to all 12 of these historic sites between Cascade on the east and Divide on the west, and most of the markers can be seen while sitting in the car. The markers were placed back when the Ute Pass Historical Society was chartered in 1976 as the organization’s first major project.

Green Mountain falls residents Jim and Claudia Eley recalled being the sole surviving members of the group that partook on the project so that people could remember the locations of historic buildings for years to come. The late Harold and Ginny Shippey along with one of the historical society’s founding members Jan Petit were also part of the group that put in the historical markers.

“Whenever possible we tried to place them right where the building had been,” Claudia Eley explained. “But there were some exceptions to that because we didn’t want to put them where no one could find them easily. In fact, I think we failed on that because a couple of them are too obscure for anyone to notice.”

The markers were made by a monument company in Colorado Springs with some specific requests. “I remember Jan (Petit) specified it had to be Pikes Peak granite,” Eley said. “In every case, Jan had acquired an easement from the property owners so that they would allow it to happen and if they sold the property the new owner had to agree to protect the markers.”

According to Judy Perkins from the Ute Pass Historical Society, when the organization was working on writing their book that was published in 2016, they decided they wanted to put in a map of the locations of all of the historical markers the society had installed decades ago. “So, I was lucky enough to go with Mary Ann Davis, Claudia Eley, and Jane Lass and we started in Cascade and went up to Divide and found all 12 markers,” Perkins recalled. “We cleaned them all because they were pretty dirty and from my aspect as a newcomer, I was able to write down how to get to each one without knowing the area so I could tell others how to get to them.”

To this day, all 12 of the markers still stand, but Perkins and Eley agree that a few of them could use a little TLC. In any case, it is still possible to take a cruise and visit all of these locations that tell the story of the Ute Pass region.

Location and Directions: Cascade, CO. From Fountain Ave. turn right on Spring St. and then left at the end. The marker is on the left under a big blue spruce tree.

Location: Cascade, CO. It is at the southwest intersection of Emporia Ave. and Fountain Ave.

Location: Cascade, CO. It is located to the left of the front door of The Winery at Pikes Peak across the street from marker two.

Location and Directions: Chipita Park, CO. Driving on Chipita Park Rd. west of the Pikes Peak Highway exit turn right at Picabo Ln. and the marker is slightly up the hill from the elm tree on the right side.

Location and Directions: Green Mountain Falls, CO. From the lake, cross Ute Pass Ave. and the marker is in the triangular park near the row of memorial park benches.

Location: Woodland Park, CO. The marker is at 319 Midland Ave. to the left of the main entrance at Vectra Bank. 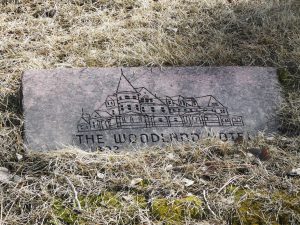 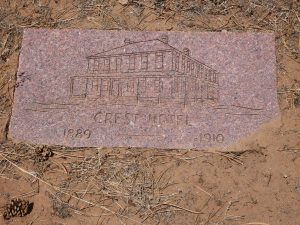 Location: Divide, CO. The marker is on the grassy raised area in front of the Pikes Peak Community Club.