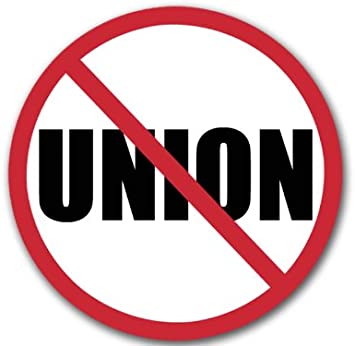 In a meeting dominated by employee appreciation awards, and in a formal  good-bye to long-time administrator Sheryl Decker,  the Teller County commissioners still weren’t afraid to hit the political trenches again.

More specifically, they took a stand on a key state issue, the mandating of collective bargaining for public employees, an idea that has commanded much media attention in recent weeks.

Unlike previous boards, the current group of commissioners are more involved in voicing their opinions on state legislation, even though they face tough odds with a Democratic-controlled House, Senate and governor’s office. The commission recently attacked a proposed law that would have banned mountain lion, bobcat and wild animal hunting. They joined a slew of rural counties in mounting opposition to this measure, which ultimately died at the Senate committee level.

Now, their focus has shifted to the prospects of collective bargaining for local and county government employees and other public entities, including education, an issue that even Colorado Governor Jared Polis, a staunch Democrat, is not embracing.

Still, some lawmakers are proposing legislation that could change the current fiscal scenario, and create a collective bargaining mandate for many government and education employers throughout the state. It could open the door for more forced communication with unions on a variety of employee issues and encourage public sector workers to participate in the political process more, according to a recent article on the Colorado Politics website.

At last week’s meeting, the commissioners unanimously approved a strongly-worded letter to the governor that they hope will help kill this bill at the outset, developments that county leaders say could cripple the region.

“The Teller County Commissioners are extremely concerned about the possibility of collective bargaining being thrust upon counties in Colorado, especially as we focus on developing our roadmap to moving forward from the pandemic,” stated the board in their letter.

They cited the economic realities facing the city of Cripple Creek, which has seen its revenues plunge by 50 percent, along with the staffing shortages their governments have encountered. “For small counties with small budgets like Teller County, it (the possibility of mandated collective bargaining agreements) would turn what is currently a family-like organization into an adversarial one, pitting department against department and employees versus the county,” added the commissioners in their letter.

They believe this mandate would add to higher labor costs and attorney fees and heavily  impact their service levels.

“It would change the environment of how we operate,” said Commissioner Bob Campbell. Commission Chairman Dan Williams, meanwhile, sees this type of mandate ruining the family-like atmosphere that has become of a keystone of the Teller County government. He sees this environment changing to one of adversity, with county residents and taxpayers ending up as the ultimate losers.

It is still unclear if any proposals for collective bargaining will move forward. At the outset of last week’s discussion, Stone conceded that Polis has expressed reservations about this collective bargaining concept, which has drawn stern criticism from such groups as Colorado Counties, Inc.

They hope their letter will help reinforce Polis’ earlier-stated concerns and encourage him to oppose the proposed bill altogether.

Signing off on the $7.5 million Sheriff Office Expansion

In other action last week, the commissioners officially closed the door on the new sheriff office expansion, which officially opened for business last year.

The commissioners lauded the many people involved in the project that made it a success and put the lid on costs.  They noted that the project architects and contractors overcame tough odds with the pandemic and the incurring labor shortages. The final costs, according to the commissioners, were pretty close to what was planned for originally, with a $7.5 million final price tag.

“All costs have been accounted for,” said Commissioner Bob Campbell. “This is not a Taj Mahal.”

They admitted the facility, named in honor of former Sheriff Gary Shoemaker, is much bigger than the sheriff department’s  previous digs. But the county commissioners maintained that the project was aimed at meeting the county’s  long-term needs.

In employee awards, both Lynda Morgan, the director of community development services, and Sheryl Decker were recognized. Decker, the county’s head administrator for 17 years, who has worked with the Teller government since 1996, is stepping down. A more celebratory ceremony is scheduled for in her honor in Divide this week.

Morgan  was lauded for vastly improving the services provided by the Teller government. Decker was praised for her team-work and ability to work with nearly 10 different group of county commissioners.