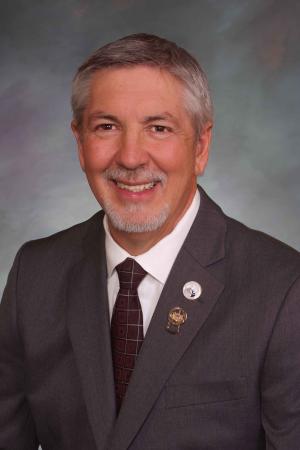 Editor’s Note:  This column was submitted by Colorado Senator Dennis Hisey, who represents Senate District 2, encompassing Teller, El Paso, Fremont,  Park and  Clear Creek counties. He was elected to this office in November, 2018.  Hisey has been providing regular updates on actions of the state legislature.

Interesting bill came through the Finance Committee recently. SB22-086, The Homestead Exemption and Consumer Debt Protection Act. Basically, this bill is for the protection of people who find themselves dealing with debt collectors and/or looking at bankruptcy. We all understand that bad things can happen to good people that can put them in hard times financially. At the same time debt collectors are our friends and neighbors whose job it is to collect money rightfully owed to a person or business.

Currently if someone finds themselves in a position where they may be losing their home to creditors other than the mortgage holder (they have protected themselves in the loan documents), the creditors can take all of the equity in in your home except for $75,000. For example, if a family had medical bills, bills from a failed business or just personal debt that they could not pay but had a $200,000 in equity in their home, very doable given the appreciation of homes the past several years, those creditors could force the sale of the home taking $125,000 and leaving the homeowner with $75,000 to start over. Presumably this was put in place to keep people from becoming homeless.

I found that excessive, using the example that if someone owed me $5,000 for goods or services that I had provided and I could not collect while they had $250,000 equity in their home, I would feel like I was subsidizing their life style at the expense of my own business.

The second part of the bill has to do with freezing money in bank accounts. Presumably the goal here is keep people from going hungry. Just like keeping people from being homeless these are compassionate goals that most of us would agree with.

The new limit on freezing cash in the bank will go to $2,500. Unknown to me until the hearing, 80% of earned income (paycheck), child support, social security and a few other sources of income are currently off limits.  So, often most of what is in checking account and possibly savings accounts is already protected.

I’m a little murky on the mechanics of how attaching a bank account works but I tend to be a little more sympathetic toward the bank account exemption. If someone owing money has to prove which money in the checking account is exempt and which is not to gain access to protected money there could be a lot of bounced checks before that gets sorted out. Realizing that on the other hand debt collection is heavily regulated and reasonable collection efforts had to have been made before an account can be frozen or seized.

Doesn’t matter if you are WalMart or the local furniture store, everything that leaves the store and doesn’t get paid for means every other customer has to pay more for that business to stay open.

I welcome your thoughts and comments on the happenings here at the Capital. Lots of ways to stay in touch; Office phone: 303-866-4877, Mobile phone: 719-351-2121, Email: SenatorHisey@gmail.com, Twitter: @SenDennisHisey, Facebook: Senator Dennis Hisey