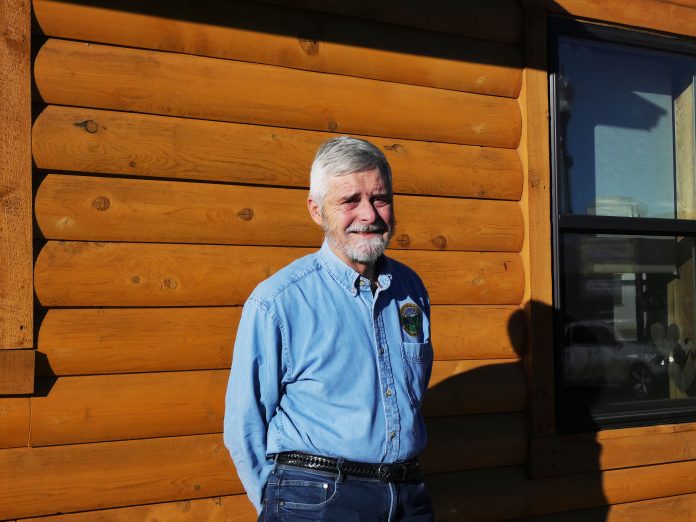 As the 2022 election clock clicks away, more candidates have thrown their names into the hat for the various political seats, especially for local and state races.

Based on the local election cycle, every elected seat in Teller County is up for grabs this year except the 1st and 3rd District County Commissioner seats, which are held by Dan Williams and Erik Stone.

One of the big contested seats at  the county level deals with the contest for the County Commissioner District 2 seat, with three contenders already in the running.  And based on the political calendar, the next few months could be crucial for the contenders for this seat.

Teller resident and Republican candidate Tommy Allen was one of the first to bolt from the starting gates in competing for the District 2  seat, when he announced he was running last year. TMJ previously profiled his candidacy in an earlier issue

Incumbent Republican County Commissioner Bob Campbell has also announced that he will be seeking the position for another term.  If successful, this would mark the fourth term of his commissioner career.

And last week, Democrat Dennis Luttrell, a former Teller County  commissioner in the 1980s, also announced that he would be running for this spot as the sole Democratic candidate in the race.  This will mark the first time a Teller Democrat has made a bid for a county commissioner seat in nearly 15 years.

This week, TMJ interviewed  Bob Campbell, as part of its regular 2022 political election candidate profiles. Campbell definitely ranks as the most veteran contender in the field.

Campbell has been a staple in local government for two-plus decades.  His political career in Teller County started when he was elected as county commissioner in District 2 in 2003. He subsequently served as commissioner from 2003 to 2010.

After he was term limited as a county commissioner, Campbell was elected as the county’s treasurer. Campbell served two terms as treasurer (from 2010 to 2018) and then in 2018 he was elected again as county commissioner for District 2, emerging as the top candidate in the Republican Assembly and then beating Carl Andersen in GOP primary.  He wasn’t challenged by any Democratic contender.

When asked why he chose to run for county commissioner for the fourth time, Campbell said that he has a passion for serving the public. “Being in public service has sort of been my makeup, it’s who I am,” the county commissioner said. ”Ever since I left Home Depot 30 years ago, that is what I have done. I worked for a lot of non-profits and a lot of kids’ groups. After I was commissioner the first time, I took eight years off took work in the treasurer’s office which was more of a functional position. And then eight years later after Dave Paul finished his two terms and was term limited, I decided I still had more to give. I wanted to keep helping the community because it is all about providing services to our community, that’s what we do as a county.”

According to Campbell, a critical issue facing the county deals with  improving the ability to retain employees. Over the last two years, the employee shortage has affected several private sector industries as well as multiple positions within the county.

Campbell said that the county is looking at the problem and figuring out ways to improve employees pay and benefits throughout the county. Employee recruitment and retention has been a major challenge that the county leaders will need to continue working on.

Another issue cited by  Campbell concerns the county’s buildings that house county services, and getting into more of an ownership situation. The county owns some of their buildings, but some,  including their offices in Woodland Park and the public health office in Divide, it is leasing.

He also said that the courthouse building is another project that is on the county’s radar. According to Campbell, at one point the local court system may have to grow and require a larger space.

Campbell’s lengthy time as commissioner has raised some questions by critics, who accuse him of turning the position into a career.

But Campbell said he wants to run for a fourth commissioner to keep serving his community and that he doesn’t see himself as a “lifetime politician.” “I have had to get my jobs through a political process,” Campbell said. “I don’t consider myself a politician, but by definition that is part of it. I was in a very functional position after I left the board of commissioners for eight years in 2010. It was not a policy job, without being in charge of policy it’s hard for me to consider myself a politician.”

During the forthcoming GOP contests, involving the Republican caucuses, assembly and primaries, Campbell will be running against Tommy Allen. The winner of the Republican primary will then most likely face off against Luttrell in November.