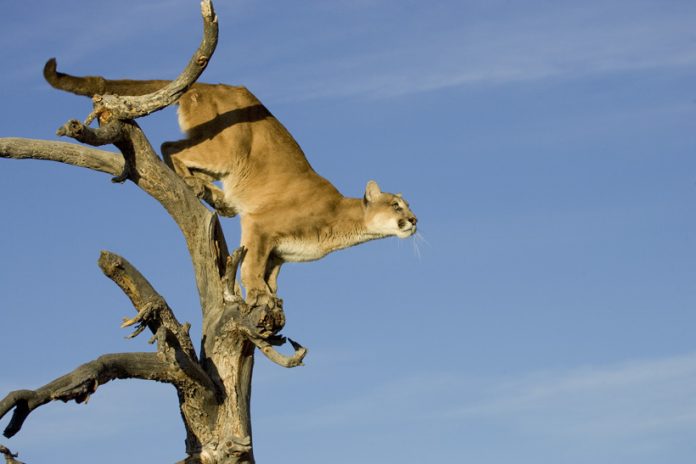 The state’s 2022 legislative season is off to a quick and wild start, with county elected leaders not sparing any verbal punches in their defense of Teller’s rural interests.

Within the first week of the session, the Teller County commissioners are bracing for legislative war in opposing a new bill, aimed at banning the hunting of mountain lions, bobcats, lynx and possibly other wild animals.

At last week’s regular meeting in Cripple Creek, Commission Vice-chairman Erik Stone didn’t mince any words in referring to the legislation, (SB22—031) as an outright attack against the area’s heritage and rural character. This is one of the first major pieces of legislation introduced in the 2022 session.

This bill, sponsored by Senators Sonja Jaques Lewis and Joann Ginal and Representatives Judy Amabile and Monica Duran, is currently in the hands of the Agricultural and Natural Resources Committee.

More importantly,  Stone believes this legislation, titled “Prohibit Hunting Bobcat, Lynx and Mountain Lion,” would clash  with the work of the Colorado Division of Wildlife and could endanger the lives of local canines, pets and even children, and infringe on the rights of citizens. “It is ridiculous,” blasted Stone, who sees this as another attempt by urban lawmakers to attack the lifestyle of rural Colorado to score political points.

He also believes this proposed law is extremely dangerous.

“They think they (mountain lions, bobcats and Lynxes) are all cute and cuddly animals,” said the commission vice-chairman, in referring to the stand endorsed by the bill sponsors, who mostly represent the Denver and metropolitan areas. Stone agrees that wild animals are beautiful and  make Colorado unique, but adamantly opposes any hunting bans.

“This is the premiere hunting destination in the country,” said Stone.

His comments are shared by his peers on the board,  Chairman Dan Williams and Commissioner Bob Campbell, who worry about preserving the values and heritage of Teller County.

According to the summary of the bill, the legislation would outlaw the “shooting, wounding, killing or trapping of a mountain lion, bobcat and Canada lynx.” The law endorses prohibitions against “taking certain actions that may negatively affect certain native normally wild animals in the subfamily feline.”

It would, though, allow certain exceptions, such as if a person is threatened by a wild animal, or if a peace officer needs to kill a lion or bobcat to fulfill his/her official duty. Plus, exceptions are permitted for a property owner to shoot lions to  protect their livestock.  But they  must report these kills to authorities immediately.

Violations of this ban could result in a fine of $500 to $2,000 or a one-year jail sentence, along with the suspension of their hunting license for up to five years.

And the consequences for those who hunt mountain lions for commercial purposes are quite severe, resulting in a Class Five felony violation.

Teller County and the lower Ute Pass area have experienced growing mountain lion and bobcat sightings in recent months, some of which have been highlighted on social media. The Green Mountain Falls community page even displayed live videos of a family of mountain lions running amok, causing minor scares in the area and generating a plethora of comments. Luckily, no major incidents have reportedly occurred, involving the killing of domestic pets or canines, animals that mountain lions sometimes attack for easy prey. No residents have been victimized either by the growing influx of wild cats, according to recent reports.

Still, no one denies that Teller County is lion country, with stern guidelines emphasized by wildlife officials.  Real dangers can occur when mountain lions get accustomed to people, pets and young children in residential neighborhoods.

According to Stone these types of anti-hunting bills often create unintended consequences, and make the problem worse. By outright prohibiting the hunting of mountain lions, he notes that these wild animals could experience more harm and probable death.

Insider views differ on the legislative challenging facing Colorado this year. According to Solomon Malick, who heads the Peak Government Affairs Group that represents the city of Cripple Creek, the forthcoming elections in 2022 could have a big impact and create a softening, more moderate tone among leaders of the Democratic Party, which currently controls the state House, Senate and governor’s office. He predicted fewer pro-green bills and more attention to such issues as affordable housing, infrastructure and public transit.

He doesn’t see the party losing its hold on these three power branches.

Stone, though, sees the Republicans having a chance of regaining the state Senate, with the recently-approved legislative redistricting. As a result, he sees the progressive branch of the state Democratic Party trying to make a final aggressive stand.

Even with contrasting outlooks and predictions,  both Malick and Stone agree that the time to remain vigilant in monitoring state legislation by local elected leaders is extremely critical.   Some future bills also could deal with opening the door for housing video lottery terminals at Colorado restaurants and bars.

This could have a significant impact on the gaming industry.