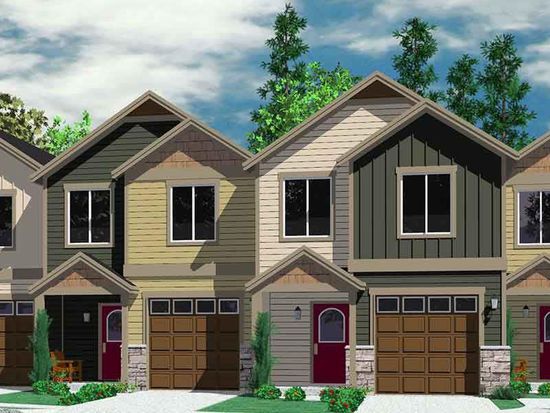 In the past several years, the entire Ute Pass region has experienced unprecedented growth.

In Woodland Park, the trend has called for more houses and townhomes getting built over empty lots around town.

However, most of the recent developments have been rather small compared to one plan that already has commanded much attention. After being in the works for more than years, Mountain Starr Investments has submitted a proposal to build a large 12-plus acre development of apartments and townhomes called Tamarac Parc. The proposed site is on the north side of the city near the police station and the Woodland Fitness Center, just west of Highway 67.

During last week’s Woodland Park City Council meeting, the development cleared their first main hurdle. After some discussion, the council voted unanimously to approve the conditional use permit, preliminary plat and site plan review for Tamarac Parc. The next step the developers involves coming back to city council for water tap allotment approval.

The plan includes a total of 15 buildings with one and two-bedroom apartments, and two and three-bedroom townhomes. Overall, the development plan calls for the construction of nearly 200 units. The plan’s three apartment buildings will house 112 units and the 12 townhome buildings will provide homes for another 55 families.

Along with the apartment and townhome complexes, the plan also includes five acres of public open space. The land designated for parks will sport a hiking trail leading through it, playgrounds, gazebos, and exercise equipment.

This development is unique in the fact that they are building a park that will be open to the public. Under the plan, the developer is going to pay for the park’s maintenance and allow the public to use the area.

”This we agree will satisfy the parks dedication requirement,” Woodland Park’s Planning Director Sally Riley said. “And, there is no need for fees in lieu of parks amenities since this developer is providing for developed parks and recreation amenities that will be open to the public and serve as a neighborhood park for this area without the city having to have the expense of maintaining it or constructing it. So, it more than satisfies the requirement for either a parks dedication or fees in lieu.”

After Riley gave her presentation with the city staff’s recommendations, Jack Bestall, a representative for Mountain Starr, spoke about how the development’s goal is to provide “livable” housing for the area. After the two presentations, Councilmember Rusty Neal was the first to raise some concerns.

First, he asked that a fence get put up between the parks and the highway to prevent kids from getting into the highway. Secondly, he mentioned concerns of planning commission members that the apartment developments housed mostly one bedroom apartments. Neal was concerned that one bedroom units did not provide affordable housing options for local families.

During public comment, a few residents voiced their concerns. One resident was excited about more trails to walk on in the city, but he asked if there would be public parking for citizens to park and walk on the trails.

Bestall said that they already planned more parking spaces that exceed the available units, but noted that there were not any plans to provide public parking.

Another resident asked about why the Village at Tamarac development had to pay to widen the highway and put in turn lanes,  whereas the Tamarac Parc developers did not. Riley explained that it was due to timing and that the Village at Tamarac investors volunteered to pay for the improvements as part of the negotiations for the needed road improvements. She said that the city didn’t have the authority to force subsequent developers to pay for the improvements.

The last resident who spoke up was concerned about the lights intruding on the mountain skies at night.

The project has currently been in progress for two years and the developers plan to build the development in two phases. The first phase of the project will include the three apartment buildings and some of the townhomes. Construction on the first phase is slated to begin in 2023.