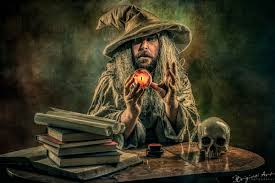 Oregon State Beavers 38, Colorado Buffaloes 28: Even though last week the Buffs played a tough team, they just can’t seem to get it together this year. The Beavers are 5-3 going into the game and they will be looking to advance in their division.

Wyoming Cowboys 28, Colorado State Rams 24: Technically the Rams should win this game, but after their performance last week I think they will fall to their rival team. The Cowboys will benefit from home field advantage in this one and barely earn their first division win.

Air Force Falcons 42, Army Black Knights 27: The Falcons are by far Colorado’s best college team this year and I think they will come out on top in their yearly rival battle. The Black Knights have been hit or miss this year, but I think after this week they will go back to a .500 record.

Dallas Cowboys 35, Denver Broncos 14: Even though the Broncos just barely won last week to a poor team doesn’t mean they can beat a good one. The Cowboys are really looking on point this year even without their star quarterback.

Kansas City Chiefs 28, Green Bay Packers 21: The Chiefs definitely do not look like the team they have been for the last two years, but I think they have a chance to win this won since Aaron Rodgers is sidelined. This game should have been an easy win for the Pack but since Rodgers got the VID I think they will fall to the reigning AFC champs.

Los Angeles Chargers 37, Philadelphia Eagles 24: The Chargers seem like a team that really has it together this year despite their close loss to the Patriots last week. The Eagles have struggled with mediocre teams and I think the Chargers offense will be too much for them to handle.

Las Vegas Raiders 28, New York Giants 17: The Raiders are in first place in the AFC West and they are definitely 2021 playoff contenders. The Giants on the other hand have been riding the struggle bus all season.