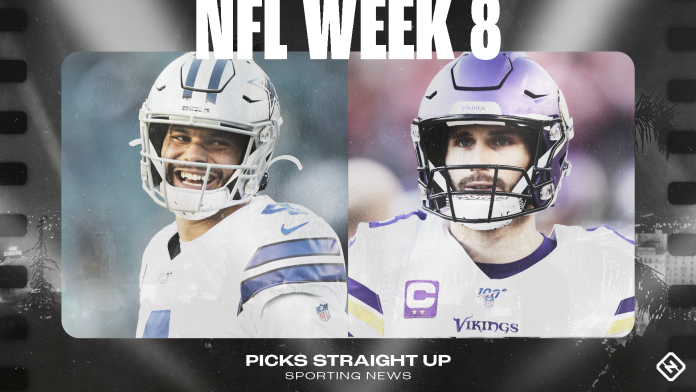 Joe “Philly Joe” Corrigan, one of our more colorful characters in the High Country,  is TMJ’s  Guest Predictor  of key NFL Action. Yes, with the downward state of the Denver Broncos, more viewers are checking out other teams, who may make the playoffs and not look like they are stumbling over their head and not making a you know what of themselves.  Here are “Philly Joe’s” preliminary predictions for Week Eight of the season.  These were actually made prior to the recent results, but Philly Joe  has that Nostradamus touch of looking into the future and being right on most occasions. If you want to argue with Joe, then you can probably run into him at McGinty’s Pub in  Divide.

We are approaching that time of year when warm weather teams facing cold weather teams struggle. It’s a little early but consider this as the season progresses, the season goes into the fall and winter. teams like Buffalo and Green bay get a little edge, especially against teams that play indoors or in warm weather. It wouldn’t matter where this game is posted. Buffalo is a winner.

LA Rams at Houston Texans. Accuse me of the obvious but let’s look at the rams at Houston. The Texans are going to have to win somewhere along the line but I don’t see when. It won’t happen this week. Rams are rolling and was my division winner’s but watch out for those Cardinals.

In not sure what to say about this game

But will say that KC is not playing at the Super bowl expectation that many predicated. Still picking KC.

The old kings facing possibility one of the new kings,  leaving the confides of their beloved Gillette stadium and their fans and traveling from coast to coast makes it hard to figure how the ” bolts ” could lose this one.

Big Upset of The Week

My  upset ? Who knows!!? The games that are left have a lot to figure. Without a point spread who knows what might be an upset these days.

New Orleans Saints at Tampa Bay Buccaneers. The Saints haven’t been the Saints. But there getting help off their  injuries.

It’s a reach, but I’m taking New Orleans over the Super Bowl Champs. Well, if I win half, l’ll see you next week.  If not, I’ll see ya in the funny papers. Until we meet again always be proud of who you are, where you are from and be proud of it.

I would have picked , with deep regret, the hated Raiders conning to ” Mile High” and beating our Broncos during the recent Week Six game, but with the controversy over the John Gruden info, I really didn’t see the team recovering from that, until I saw how the coaching staff blended. (Guess they blended well. Joe, our TMJ insiders and Bronco fans were wrong on this one. Enough said on that debacle.  We won’t even discuss the Cleveland Browns disaster, with the Broncs getting something like two first downs for the entire first half. When viewing a Broncos game these days, maybe keep an alcoholic beverage handy for needed relief.)