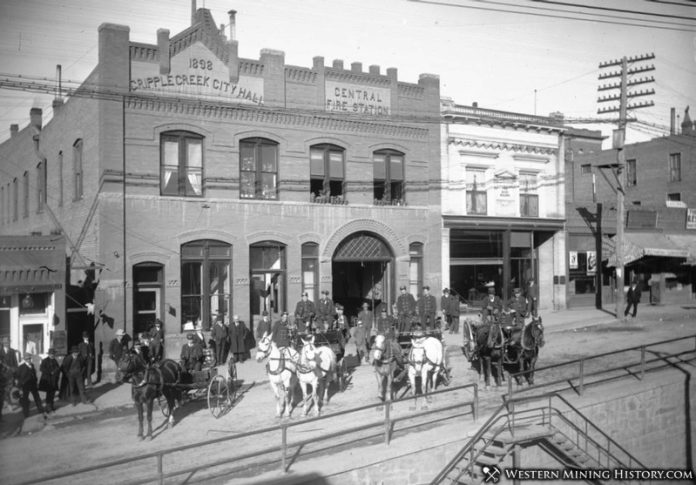 Election fever has officially struck in Teller County and the Pikes Peak region, with a slew of contested  2021 municipal contests that will be decided on Nov. 2.

Since no federal or state government seats are up for grabs, the election radar has completely shifted to local races.

There are a few statewide ballot measures facing the voters, but most of the election attentjion deals  with local government positions. The cities of Cripple Creek and Victor have council seats up for grabs. In addition, the counties’ two school board districts have competitive races for top board spots.

Both Ward 5 contenders need few introductions, as they are well known in the community.

Trenary will be vying for her second four-year term after being elected in 2017. Batson has run for city council two other times, including a previous bid in which he lost to former Councilman and business owner Chris Hazlett by approximately 20 votes.

According to Batson, the housing issue is an important one for  him personally. The council candidate said he has lived in Cripple Creek for more than 10 years, and it took him a full year to find his first house to rent.

“We need apartments and the only way we are going to get apartments is to establish a housing authority,” Batson said. “If we start the housing authority that means we can get grant money and low return loans from the state. The housing authority will administer the properties which means they will take in the rents and they will be responsible for the maintenance. It doesn’t necessarily have to be run by the city we have to ok it and we have to start it, but we can hire someone to run it and have them hire a small maintenance crew and office staff. But if we offer those apartments for $500 to $800 a month, the people doing the porter jobs or waiting tables can afford to live here.”

Trenary believes that housing is an issue within the city that needs to be addressed, and questions the lack of action in resolving this problem by city and community leaders.   “We are six to eight  years behind the workforce, and the affordable housing issue should have been addressed years ago,” Trenary said. “We need to keep working to encourage developers to come here. I would like to see some bigger projects as far as housing goes. There is property surrounding the city that could make a nice development of 30 to 50 units whether they are houses, apartments, duplexes or whatever.”

Trenary also mentioned that she wants to continue to work towards historical preservation.

“I want council to have more involvement in the issuing of demolition permits for properties up here,” Trenary said. “We have had a number of properties that were viable housing that were demolished. In a housing crunch I don’t think we should be destroying good houses and good properties. I have been working on getting something pushed through where council would have a say and public hearings would be held any time that a demolition permit came up. Right now, the only say the council has is with the business district on Bennett Ave. I would like to see council have a little more say in other properties in the community.”

The Push For Recreational Pot

As for other key issues, Batson said he wants to bring recreational marijuana to the city. “A lot of people aren’t going to like me, but I think we should do it, look at Manitou,” Batson said. “It has to go back on the ballot. Imagine when the casinos were shut down the dispensaries in Manitou weren’t, so we would have still been pulling in a lot of money and we wouldn’t have had to go into budget crisis. Plus, we have to have a backup in case these casinos start tanking.”

Trenary agreed somewhat,  stating that legalizing retail marijuana within the city would be worth researching. “From a tax-based standpoint, I think it would be a good thing to start looking at,” Trenary said. “It’s already up here and it has been up here since before medical marijuana was legal in Colorado. I think that if we were to manage it properly by putting a cap on the number of licenses issued, the people that come from out of town wouldn’t have to take their tax dollars out of town to Manitou or Colorado Springs. I think that we could benefit from the tax dollars.”

Trenary has served on city council for the last four years, and before that she served on the Historic Preservation Commission. Batson has been involved in city issues and in monitoring city council meetings for most of the 10-plus years he has lived in the area. He is a frequent speaker and attendee at many Cripple Creek council meetings.