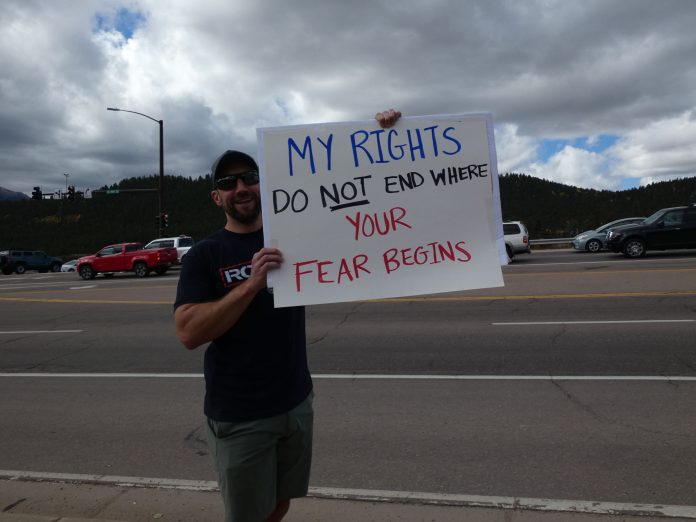 Last Saturday, a group of local residents got together to hit the streets and protest the recent vaccine mandates, proposed at the federal level and by many private businesses. 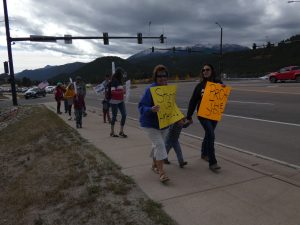 The traffic was heavy on the highway and many cars were honking and waving in support. The group started at Highway 24 and Aspen Garden Way, and then marched to the intersection of Hwys. 24 and 67, and then returned back 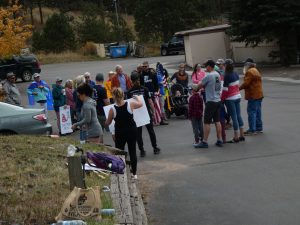 According to one of the march’s organizers, Kyleigh Hamilton, last week marked the second time the group has put on a march against the vaccine mandates. The first one occurred about two weeks ago. Both events drew a few dozen people,  emphasizing the theme of  people marching for their freedom of personal choice.

“My mom and my whole family lives in Washington and she is going to be losing her job,” Hamilton said. “I used to think that ignorance was bliss and just do my own thing and everything would be fine until the mandates came up.” 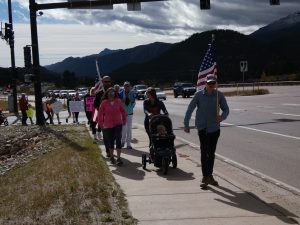 The march organizer said that it is important for people to have their voices heard. “I used to be all about doing my own thing but now these mandates are affecting my family and friends and it’s not right,” Hamilton explained. “It just gets people to notice that they are not alone in anything that they do. We got a lot of honks the last time we were out here. Honestly, we only had like four or five bad reactions. Everybody seems to be on board. It’s just about getting ourselves out there because I think people are afraid to do that because they are afraid of losing their jobs.” 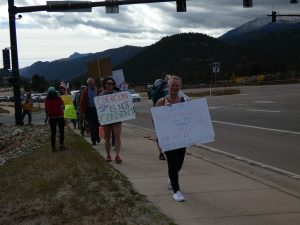 During the march, the group’s organizers provided everyone who participated with a sign. The signs carried said things like, “My Body, My Choice,” “Coercion is not consent,” and “Land of the Free.”

The group plans to do more local marches in the near future, but has not set any firm dates.