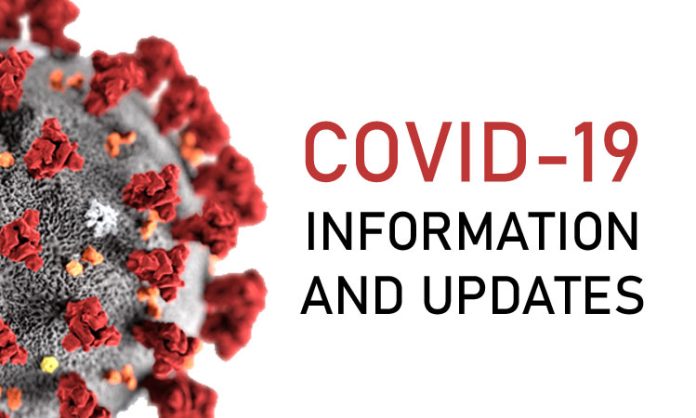 Teller numbers surging to worst increase on per capita basis

Positive cases of the COVID-19 epidemic have invaded  Teller County with little mercy, raising questions about the next level of response.

In fact, the county has experienced one if its highest seven-day infliction hikes since 2020. And Teller is now recording a higher case per-capita count than all of its neighboring counties. With this rise, Teller is close to waving a red danger flag, if the original color-codes implemented by the state were still in effect, according to certain interpretations.

However, during last week’s county commissioners meeting, nothing was mentioned as to what Teller planned to do about addressing the latest surge.  County officials are not considering any more restrictions.

And, based on previous statements from the commissioners, no local mandates will be put in place whatsoever, no matter how high the cases surge. The county has  held firm on the stance that residents and business operators  need to exhibit their own  responsibility when deciding whether to get vaccinated or use protective masks or handle proper safety requirements.

County officials have said that they are encouraging people to go out and get vaccinated. However, the county’s vaccination numbers have not seen a huge spike. Still, the number of people taking the anti-COVID shots are  steadily climbing.

According to Teller County Administrator Sheryl Decker, the state’s data indicates 53.5 percent of the eligible population in the county have been vaccinated. This number represents a 1 percent increase from a previous report, delivered two weeks ago.

As of last week, the county has experienced more than 2,300 positive cases of the disease since the beginning of the pandemic in March 2020. There have been 174 people put in the hospital due to COVID-19 and 23 have died from the disease.

As of Sept. 20, there were seven people currently hospitalized with the hospitalization rate at 7.59 percent. And according to Public Health Director Martha Hubbard, the vast majority of hospitalizations have been with people who are not vaccinated.

“Out of the seven hospitalizations that we saw last week, none of them were vaccinated,” Hubbard said. “We like to keep that message out there those vaccines are being effective as far as hospitalizations go. We have had some breakthrough cases, but it has been very minimal compared to the number of unvaccinated people contracting the disease.”

According to Decker, since the anti-COVID-19 shots were available to the public, the county has experienced one hospitalization from a person who was vaccinated.

At the end of last week, the county had a little a more than an eight percent positivity rate. County Commissioner Erik Stone, however, pointed out that more people are getting tested now due to companies requiring testing for their employees.

In the past, only people who were showing symptoms of the disease were eligible for a test. Now anyone can go to the county’s testing site at the Pikes Peak Community Club in Divide and get tested on Monday, Wednesday, and Friday. County officials hope that this fact will help lower the positivity rate over time.

If the state’s color COVID dial of 2020 was still being used, the county would be sitting in the orange by having a positivity rate higher than 7.5 percent and more than 300 cases per 100,000 people. This would mean that some businesses would not be able to operate and capacities would be limited. But the dial is no longer being used statewide and state officials have not indicated that they will be bringing it back.

Currently, Teller County has a higher seven day case count than all of its neighboring counties. El Paso County has been sitting at around 260 and other counties such as Douglas and Park have remained under 200.

The health director also gave information on the third booster shot of the vaccine and said that it should be approved statewide very soon. Once the county is given the green light, they will then start to administer booster shots to those over 65 years of age or others that have pre-existing health conditions.

Some health care providers are already administering this shot.

However, once the booster shot is approved only Pfizer shots will be available. Therefore, only people who received the first two shots of the Pfizer vaccine will be eligible for the booster until the Moderna and Johnson and Johnson boosters get approved.