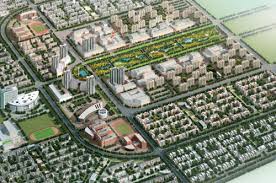 The long-awaited housing boom in Cripple Creek may be right around the corner.

That’s the hope of city officials, civic leaders, casino workers and developers, as the town tries to grapple with a need that has turned into a near crisis scenario.

This approval, coupled with earlier action, means the city has signaled the green light for 23 new affordable housing units in the last few weeks.

Nope, that’s not a blockbuster number that will grab regional business headlines, but for a community that has featured zilch new housing in the last few decades, this represents quite a milestone. “This is a very hopeful sign,” said Interim City Administrator Ray White, in describing the response to the city’s developer-incentive program, the main catalyst for a spree of new housing ventures in Cripple Creek. “This program is off to really good start.”

More specifically, the council, in amazing speed, approved ordinances for land use and zoning changes for two proposed housing projects, proposed by Colorado Springs developer John Vasilakis of Colorado Springs.  Vasilakis got the go-ahead for five homes,  part of his bid for 25 modular homes on infill lots throughout the community.

In addition, Vasilakis received the near final green light for a major workforce housing development he is proposing, in partnership with Century Casino & Hotel. This highly touted project will include three, two-story buildings, and is located in the heart of the historic downtown area on Masonic Avenue. It should open the door for Century casino workers and other gaming industry employees, who want to rent affordable units in Cripple Creek.

As part of the council’s action, they approved a certificate of appropriateness (COA) designation, recommended by the historic preservation commission.

According to White, these new housing projects have cleared nearly all local government hurdles. The only remaining bump in the road involves the second reading of these ordinances.  But officials are seeing no problems, as no public complaints have emerged.

Of course, clearing the roadway for these projects occurred through the city’s new pro-development incentives program that waives water and sewer tap fee costs and offers other development perks for a limited period.

The city, for example, offered $!02,000 worth of infrastructure incentives for the latest housing projects, proposed by   Vasilakis.

Surprisingly, the city offered a hefty level of perks in the past, but got nowhere in its  housing efforts, especially with new construction. This emerged as a central theme of a housing study done in 2019.

Reasons for the sudden housing boom

“It is a combination of things,” related White, in commenting on the new strong interest in affordable housing projects. He cited the pro-development incentive program as a key ingredient.

But White also cites the current economic climate, with much commercial activity in the form of new casino hotel projects. In addition, gaming has experienced a definite rebound, and has gained extra footing with the elimination of single-bet gaming limits. “Developers are realizing a real potential for workforce housing in Cripple Creek,” said the city administrator.

Besides the projects proposed by Century and Vasilakis, the city recently okayed six residential units for property owned by Maurice and Lois Woods.

White said the town had received other verbal commitments for future housing projects, but nothing additional has been formally submitted.

For several consecutive meetings, the council was getting bombarded by developers and builders regarding promises for new housing and non-gaming developments, including a bid for a new convenience store, poker room and condos.

All of these activities come on the eve of the city’s 30-year anniversary for limited stakes gaming.  The town opened its doors to legal gambling on Oct. 1, 1991, following a successful state-wide vote in Nov. 1990.