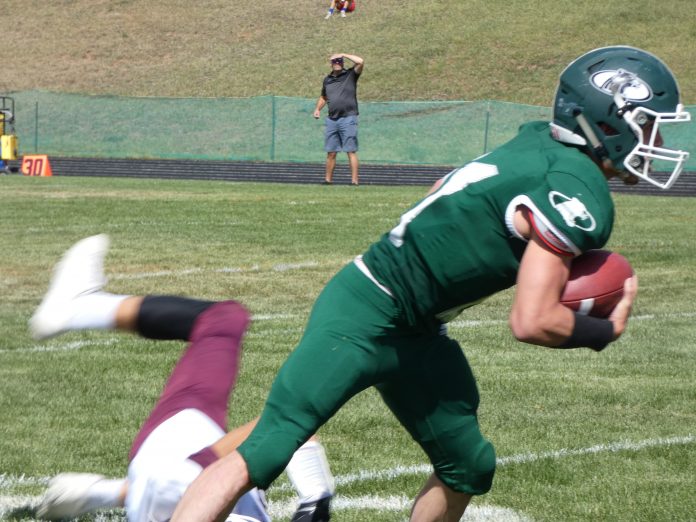 There’s  no place like home, at least for the Woodland Park Panther football team.

Woodland Park overcame a rough 2021 season start on the road, and landed an impressive knock-out home victory on Sept. 11. 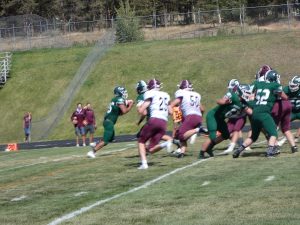 Pigskin optimism is now running rampant, as local Panther fans are thrilled over the team’s first big victory of the year.

Instead of playing  under the Friday Night Lights last week, the Panthers played in the Saturday afternoon sun,  only several hours following a 20-year honorary ceremony in memory of the victims of the 9/11 terrorist attacks. 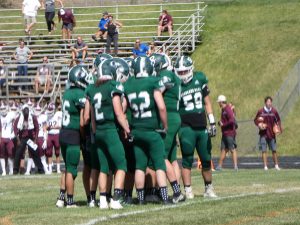 Maybe it was the ideal September weather that revved up the team during its first home game, but the Panthers emerged as a different team compared to the previous two weeks. The Panthers pumped up their fans when they beat Berthoud 28-6 during their first game in Woodland Park. 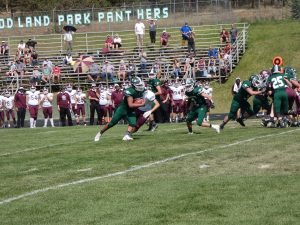 Anyone watching the game could notice that the Panthers’ defense really stood out during the contest. In fact, their big “D” was the first to put points up on the board, as they scored a surprising safety. 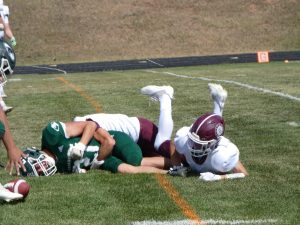 At the start of the game, the Berthoud Spartans looked tough as they were able to drive the ball down the field on several occasions. But during one drive early in the match, the Spartans drove it all the way deep into Panther territory before Woodland Park picked it off in the end zone. 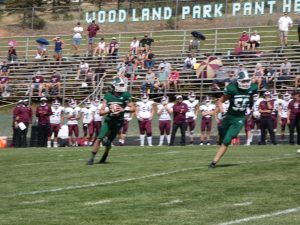 After getting a touchback, the Panthers took over on offense and they were able to make some good plays and drove the ball down the field. However, during one of their running plays, the Panthers fumbled and lost the ball. Actually, the Panthers fumbled a few times, a trend that could become a setback for the team’s “ground and pound” style offense, patterned after the Pittsburgh Steelers. 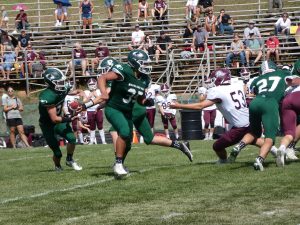 After their first fumble early in the game, the Spartans were buried deep in their own territory. The Panthers kept burying them deeper and deeper until they were able to sack the quarterback in the end zone for a safety. This made the score 2-0 with the Panther defense being the first to score in the game. 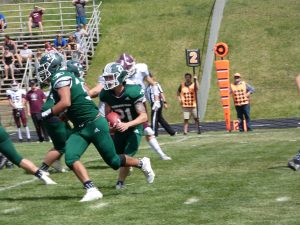 Then, during the Spartan punt after the safety, the Panthers received the ball and then dodged defenders to get into the end zone for six points. The Panthers went for two points and failed making the score 8-0. 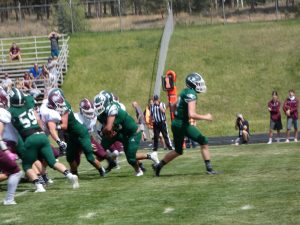 The game then went back and forth,  with the score remaining the same at the end of the first half. The Panthers then came out of the locker room to start the third quarter with a new vengeance. 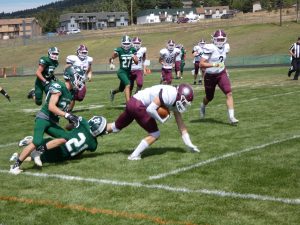 The Panthers received the ball and quickly raced down the field during their first possession of the second half. The Panthers were then able to score off the drive and get the two-point conversion, making the score 16-0.

This proved to be too much of a deficit for the Spartans to overcome. 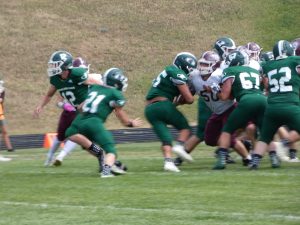 In fact, the remainder of the game favored the Panthers. Berthoud finally scored one touchdown. However, this TD was too little and too late. The Panthers answered with more scoring from their offense and defense. 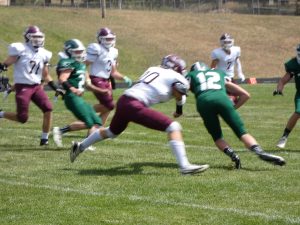 Hopefully, the Panthers can keep up their momentum following their impressive  victory.  For now, WP fans are enjoying their convincing first victory of the season. Berthoud was not supposed to be an easy team for them to beat. Next week, the team needs to stay tough as they travel north to challenge Arvada Bulldogs. 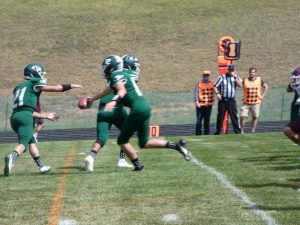 On paper, it’s safe to say that the Panthers will be favored to win this contest. Although they are underestimated, the Bulldogs are winless this season and they are ranked 37 in the state’s 2A division. 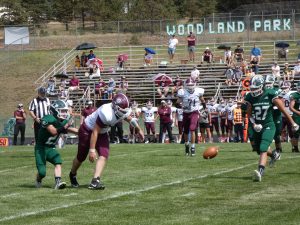