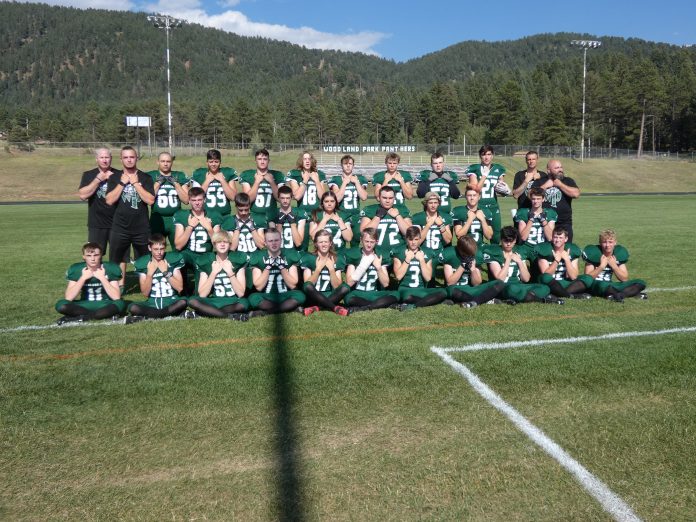 Well, it’s safe to say that the Woodland Park Panthers football team has struck a wall on the road during their first two weeks of play. They are almost mirroring the road play of the Colorado Rockies.

After losing last Thursday to Elizabeth 44-8, the Panthers are now 0-2, and they dropped to being ranked 20th in the state rankings for their division.

Despite the Panthers’ enthusiasm and the new coach’s hopes to implement a Pittsburgh Steelers-like ground and pound offense, the team has not looked stellar.

But that said, they did start the season with two tough games on the road. Panther fans are hoping they can turn it around during their first home match this Saturday.

Due to a shortage of referees across the league, the schedule has been slightly changing from the original format. Last week’s game was rescheduled from being played under Friday Night Lights to Thursday. This week’s game will now be played on Saturday afternoon, starting at 1 p.m., instead of Friday night.

For their third game, the Panthers take on the tough Berthoud Spartans. The Spartans won their first game against Fort Lupton 36-6. But this appears to be a decently evenly matched bout as the Spartans sit just behind the Panthers in the state’s 2A ranking at 21.