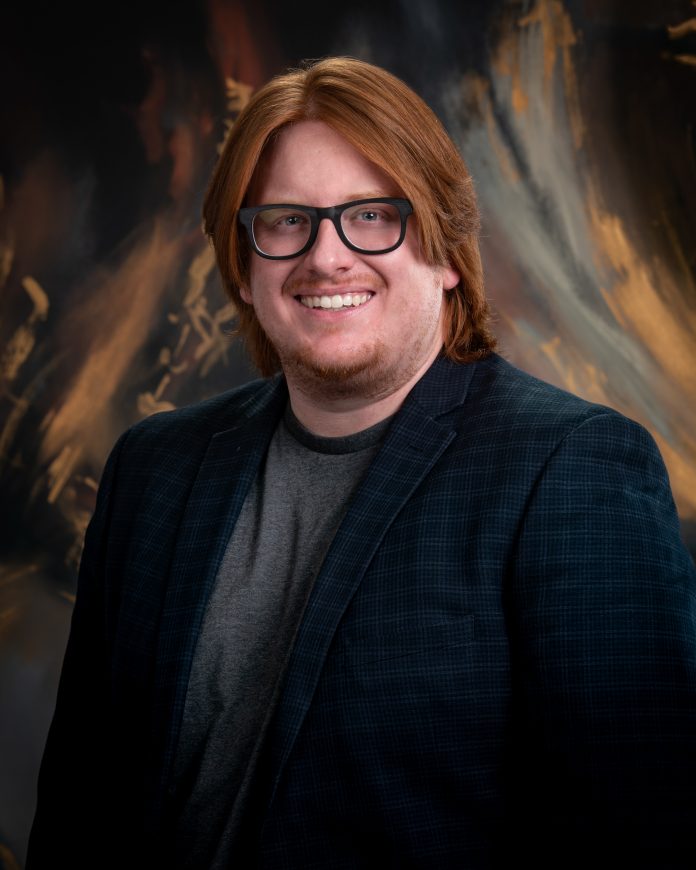 Matt Gordon, the first town clerk/treasurer of Green Mountain Falls appointed under the current administration, has called it quits.

This adds another chapter to a revolving door syndrome that has dominated Green Mountain Falls for the last five years.  The town has encountered the exit of several road and bridge supervisors, clerks, top managers and a planner.

Gordon is leaving to become the executive director of the Brush Chamber of Commerce.  Brush, located on the eastern plains area of Colorado, is the community where he originally came from prior to taking the job in Green Mountain Falls at the beginning of this year.   “This is the place I call home,” said Gordon, in making a formal resignation announcement at the end of last week’s GMF meeting.

Gordon cited this as a better opportunity for him and a job that better suited his more creative side.

But Gordon, who was quite popular among local business operators and various factions of the community, didn’t leave quietly. He lauded the current staff and apologized for leaving in such a short time. Initially, Gordon had committed to staying for at least year and wanted to play his role in establishing more staff stability. He thanked the town for the opportunity.

However, the former clerk expressed concerns with the toxic state of local politics in Green Mountain Falls, and the current divisiveness in the community, with some talk surfacing of becoming an unincorporated community and the launching of continual recall threats.   “I can’t stand the rhetoric,” said Gordon, in describing the current meeting and political atmosphere “The town needs to find a way to come together.”

Gordon admitted he was getting frustrated with trying to help certain individuals whose end intent would be to show him the door.

Gordon actually lauded the most recent meeting in which the town board of trustees discussed plans for an outdoor fitness gym. Contrary to most recent meetings, the tone of this forum was quite civil, even with conflicting opinions (see related story). As for commenting on the  town’s situation, Gordon made a plug for the current management team, and stressed that a lack of leadership is not one of GMF’s weaknesses;  but rather suggested that certain vocal criticism and divisiveness, often showcased on social media,  is the source of the problem.

Gordon was praised for his service. Town Manager Angie Sprang cited his willingness to connect with the community.

With his exit, the town will have to begin the process of picking a replacement for what  had become a critical position. Gordon was often regarded as the face behind the GMF government, which often had to operated in a closed-door manner over the last year due to the COVID-19 epidemic.

Get your reading glasses ready, especially when it comes to examining forthcoming ballot propositions. In fact, the ballot frenzy is just getting started.

Already, a score of petition-generated ballot issues with big impacts, are heading our way.

Last week, the Colorado Secretary of State’s Office announced that supporters for Initiative 25, titled the Learning Enrichment and Academic Progress Program,  have generated well more than enough signatures to gain a spot on the November ballot. This initiative calls for an additional 3 percent hike on recreational marijuana, staring next year. The extra revenue, estimated at $137.6 million a year, would fund out-of-school learning programs. The initiative also would transfer chunks of money from certain state funds.

Opinions are mixed about this proposal. Supporters say this could open the door for kids struggling prior to the pandemic and help those from lower-income families.  A bipartisan coalition, consisting of former governors Bill Owens and Bill Ritter, have supported the measure.

However, the plan is drawing serious question marks from marijuana industry representatives, who say these kinds of bids will tax them out of existence, and lead to more customers seeking legal weed through the black market.

Also, last week, the Secretary of State announced that another major petition-generated tax ballot issue, Initiative 27, calling for lower property taxes, has succeeded in qualifying for the November ballot. This plan would reduce the residential tax assessment to 6.5 percent and the commercial rate to 26.4 percent. These are substantial reductions in the current rates.  Supporters say these cuts are necessary due to the soaring home values in 2021 that will end up causing huge tax increases for Colorado residents.

This measure also designates $25 million into the state’s Homestead Exemption for senior citizens and disabled veterans.

The initiative was filed by a group called Colorado Rising State Action.  This effort is heavily opposed by Democratic Party leaders in Colorado  who tried to come up with their own proposal to address the escalating property assessments

The November ballot is expected to feature a slew of state and local propositions.