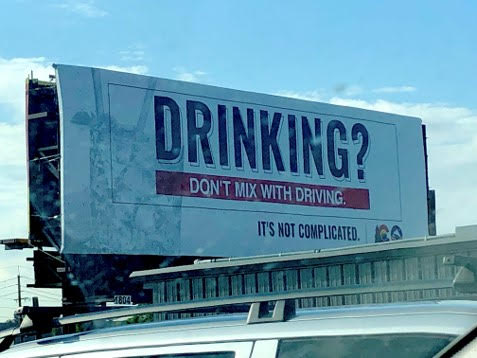 STATEWIDE — Whether you’ll be at a backyard barbeque, a baseball game or your local Fourth of July parade, the Colorado Department of Transportation asks you to celebrate responsibly with a sober ride home. CDOT, Colorado State Patrol and local law enforcement agencies are joining forces this holiday weekend for the Fourth of July DUI enforcement period from July 2-5. Increased law enforcement will be on duty statewide to prevent impaired drivers from endangering themselves and others on the road.

In addition, this week CDOT is launching a new campaign called It’s Not Complicated, which aims to inform Coloradans that no matter how many alcoholic beverages they’ve had, the answer of whether or not to drive after drinking is always ‘no.’

Many people spend an enormous amount of energy trying to convince themselves they are okay to drive after drinking. Unfortunately, magic solutions like the “chug two glasses of water” don’t exist. The truth is, if you’ve been drinking, you’re not okay to drive. 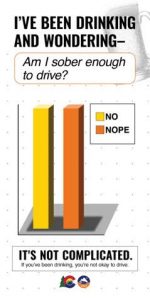 “The Fourth of July is a time to celebrate, unfortunately, it is also one of the deadliest holidays for our communities each year. That’s why we’re asking you to make a plan,” said Matthew C. Packard, Chief of the Colorado State Patrol. “Before you consume alcohol or marijuana, have a sober ride set up or plan to stay in place.  Your loved ones and fellow motorists are counting on you to make safe decisions.”

“Unfortunately, too many motorists choose to drive impaired, which puts everyone in danger on our roadways,” said CDOT’s Office of Transportation Safety Director Darrell Lingk. “This enforcement period will arrest and remove impaired drivers from Colorado roadways to help keep you safe. With so many resources available, there is really no excuse to drive after consuming alcohol or marijuana.” 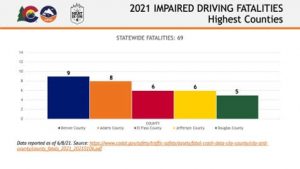 In addition to the It’s Not Complicated campaign, CDOT is partnering with local bars in Denver and Colorado Springs to help increase awareness about the dangers of impaired driving. CDOT will install a photo booth at Blake Street Tavern from July 29-30 to deliver its DUI prevention message in a unique and engaging way. More information will be available soon!

For yearly impaired-driving crash and fatality data in Colorado, visit https://www.codot.gov/safety/traffic-safety/crash-data-management/fatal-crash-data. Information about DUI laws in Colorado can be found at NoDUIColorado.org.

ABOUT THE HEAT IS ON

CDOT’s Whole System-Whole Safety program has one simple mission — to get everyone home safely. Our approximately 3,000 employees work tirelessly to reduce the rate and severity of crashes and improve the safety of all modes of transportation. The department manages more than 23,000 lane miles of highway, more than 3,000 bridges and 35 mountain passes. CDOT also manages grant partnerships with a range of agencies, including metropolitan planning organizations, local governments and airports. It also operates Bustang, the state-owned interregional express bus service. Gov. Jared Polis has charged CDOT to further build on the state’s intermodal mobility options.