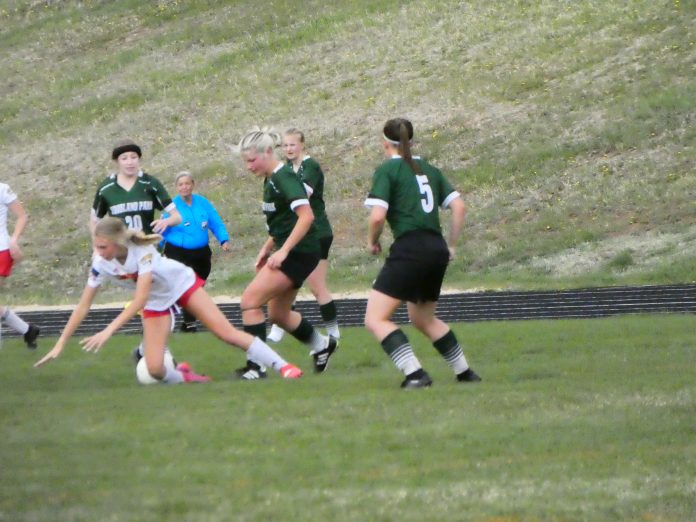 The Lady Panthers’ soccer team has started their season with a vengeance, and has come up with possibly their best start ever.

So far this season, the girls have won every game they have played, and now sit at a 5-0 overall record.

It is unclear when or if the girls have started a season out so well in the team’s history. The Max Preps website keeps records since 2008 and the team has  never recorded a 5-0 start in the last 13 years. In fact, the last time they finished a season with a winning record was in 2015 when they earned an 8-7 overall record.

Therefore, if the girls can keep it up, they are on track for having their best season in over half a decade.

Currently, with a 3-0 league record, the Lady Panthers are sitting in second place in their 4A Colorado Springs Metro league sitting right behind Canon City who is also undefeated with a 5-0 overall record and a 1-0 league record. Harrison sits behind Woodland Park in third place with a 2-2 overall record. 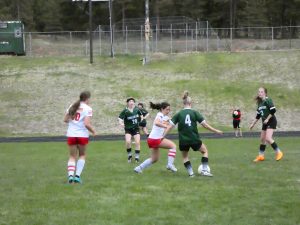 When it comes to statewide 4A rankings, the Panthers are currently in seventh place based on how the state ranks the teams. Canon City is currently in second place statewide and Windsor is number one with a 7-0 record.

The ladies continued their winning streak two Saturdays ago on May 22 when they overcame the Coronado Cougars 3-1 on their home field. Then, last Tuesday the ladies dominated the Mesa Ridge Grizzlies 3-1. On Thursday, the girls came back home to blow out the Widefield Gladiators 10-0.

The girls are coached entirely by women this year, and they work towards playing better every game.

Currently, junior forward Morgan Berry sits on the top of the team offensively with six goals out of her four games played. Freshman striker Emma Vonderharr and sophomore midfielder Shea Waters sit right behind Berry with five goals scored each. The three also lead the team with the most shots on goal.

Defensively, the team’s coach Amy Smith said that many of the younger players have really stepped up this year. So far in 2021, the team’s goal tending has been split up between senior Chloe Robinson and sophomore Isabella Slocum. Slocum has spent 232 minutes in front of the goal and Robinson has spent 150 minutes and each of them has played four games. 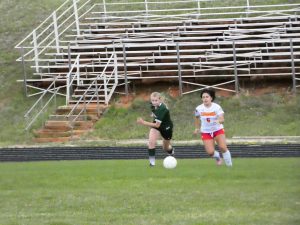 The ladies took the holiday weekend off the last few days, but they swing back into full action this week with three key matches.

On Tuesday, they play a non-league match at home against the 0-4 James Irwin Jaguars. Then on the very next day, the girls travel to Canon City to play perhaps their hardest match of the year against the brutally tough 5-0  Tigers, one of the top teams in the state. The girls get a day off before they hit their home field on Friday to challenge 2-2 Harrison Panthers.