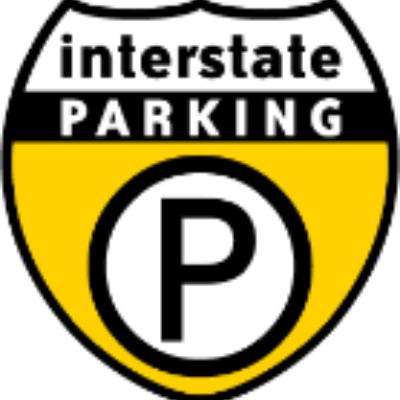 The paid-parking controversy in Green Mountain Falls is headed for another wild political shoot-out next Tuesday (May 18), when a final decision on this hot topic that has ignited debate for months could occur.

The GMF elected trustees couldn’t quite reach the finish line last week in finalizing a two-year contract with a major parking industry player in Colorado and across several other states.

The ambitious paid-parking arrangement  will mark a huge change for GMF, with the advent of nearly $200,000 in infrastructure start-up costs, including 15-plus kiosk devices and state-of-the-art equipment, company employee ambassadors, code enforcement officers and probable citations. Oddly enough, the contract with the Interstate Parking Company of Colorado, which manages the parking arrangement for many resort communities, such as for Breckenridge, Keystone and Idaho Springs, won’t generate that much revenue, according to company representatives.

At last week’s board hearing, opposition to the town effort continued to mount, with residents and key business operators protesting the paid-parking plan and urging the trustees to proceed with caution.  The nays clearly outweighed those in favor of the plan in what turned into an extremely lively virtual meeting.

In fact, one major restaurant owner contended that the plan will wipe their business out, a trademark tradition in the region for decades.  Reception to the managed parking bid from the business community has been ice cold.

The elected leaders agreed to continue the hearing for two weeks to deal with a few major unanswered questions, such as where the parking spots will be located downtown and the enforcement details, and to allow for more public input.

The trustees, though, appear poised to approve some type of a managed parking plan. “There is a lot of good points (with the plan by interstate Parking),” said Trustee Dyani Loo. “We are going to have a lot of increased visitors and we are going to have  a tourist attraction. This is a big deal.”

But at the same time, she cited the importance of generating more community input.

“I don’t see any reason to rush,” said Trustee Chris Quinn, in expressing an opinion voiced by many residents who spoke at the meeting. Quinn admitted some bafflement over where the paid-parking spots are located, and the details surrounding enforcement.

“I don’t have a clear idea,” said Quinn.

But Mayor Jane Newberry urged the trustees to move forward on the plan. “We  need to manage parking for the town. It is a big priority,” said the mayor.

The mayor also said she couldn’t understand concerns over the proposed fees, as most visitors won’t pay hardly anything, with the company and town proposing two hours of free parking and minimal fees after that point. “I am at a loss,” said the mayor, in discussing the high level of opposing comments and personal attacks.

Trustee Margaret Peterson worried about a negative net revenue scenario, and asked for the hearing to be continued. She indicated support for the plan, but wanted to make sure all the i’s were dotted. This recommendation was unanimously supported by a 4-0 vote.

The trustees, however, will undoubtedly face a tough audience at the May 18 meeting.

At last week’s hearing, a score of paid-parking critics fired verbal bullets and chat responses at the town leaders and Interstate Parking representatives, as they voiced big concerns about the direction the town is headed with this venture.

“What is the objective for this project?” questioned Mike Frey, co-owner of the Painted Bear gift shop in GMF.  He also questioned where the support exists for such an ambitious proposal, with negative comments dominating virtually every discussion regarding paid-parking.

“The vast majority of our community opposes paid-parking,” said Rocco Biasi,  a former member of the planning commission and trails’ committee. Moreover, he accused the town leaders and the administration of ignoring the prevailing voices of GMF, an attitude he described as an affront to “representative democracy.” “Why cause this uproar?” questioned Biasi.

Other residents, while not going to this extreme, echoed similar sentiments. Resident David Douglas stated that the town leaders aren’t representing the interests and wishes of “those who have elected them.”  He also questioned the lack of full transparency. “I am so completely disturbed at how this came to this point,” blasted resident Judith Piazza. “The whole flavor of Green Mountain Falls would be affected.”

Other residents echoed big worries about the actual contract and the lack of a clear termination or escape clause. Plus, comparisons were made to the paid-parking debacle in Manitou Springs, which led to many visitors boycotting that community.

Probably the most emotional plea came from Ben Stephens, owner of The Pantry restaurant. “Help me, inform me,” said Stephens, who stated that no city officials have talked to him about the program or asked about his concerns.

With the paid-parking plan, he expects his business will lose an additional 25 percent, an amount that he described as the death blow for The Pantry, an institution in Green Mountain Falls for decades. He said the business already took a major hit from the COVID-19 epidemic. “It is going to be an empty building,” said Stephens. He even wondered about the fate of the classic vehicle, placed in front of the business. “I am losing a business I have owned for 25 years,” said Stephens.

When talk of paid-parking originated, The Pantry posted a sign in opposition that captured much attention.

Give Us a Chance

During last week’s hearing, representatives of Interstate Parking made a detailed presentation and vowed to work with the community.  They admitted that similar apprehensions occurred in other towns where they implemented their programs.  But company leaders had one firm conclusion: Give us a chance as you won’t be disappointed. “We sincerely believe all residents and business owners will say this is the best thing you have ever done,” said Gareth Lloyd, an executive vice-president and managing partner with Interstate Parking.

He told the trustees that their company will foot the bill for all the necessary infrastructure, including more than 15 kiosk machines, and a crew of parking ambassadors, which will serve as community representatives. These employees, described as Smile Ambassadors, will help guide visitors to trail areas, and give information about restaurants, bars and shops to frequent.

Plus, they plan to have a setup at town hall for several months,  enabling residents to sign up for paper-less  permits easily. Under the proposed arrangement, residents won’t be charged to park. The company will use top-rate technology, with no meters or even marked out parking spaces. Most patrons can use the proposed parking kiosks, via their smart phones.

Probably the biggest question dealt with potential revenue for the project. Lloyd admitted the program in Green Mountain Falls won’t be a big money-maker. “It is not going to be overly profitable,” admitted Lloyd.  He said the company is able to service GMF because of the extensive infrastructure it already has established.

At the end of the forum, Town Manager Angie Sprang thanked residents for their comments, both pro and con. She indicated the town’s parking quagmire has been “years in the making.”

In her memo on the contract, Sprang cited the huge amount of investment being made by Interstate and cited a  win-win partnership between the town and Interstate.

Quinn urged residents to continue to give town leaders feedback. By accessing the town’s website, residents can easily provide comments to all of the trustees or individual leaders.