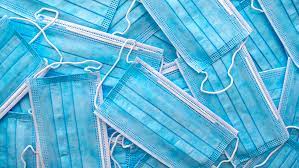 At the beginning of the month, the statewide mask mandate was set to expire and many across Colorado and Teller County hoped that  Governor Jared Polis would release the order and leave it up to local governments.

Instead, Polis extended the mask mandate for another month. But he did include amendments that allow people to meet without wearing masks in certain situations.

However, these guidelines are somewhat confusing, according to local residents and county leaders, who are now trying to interpret the state’s COVID-19 policies.  Some even say the governor’s COVID mask stand could backfire.

The new mask order also gives exemptions to the restaurant industry, but not any other industries. The mandate says that if 85 percent of a restaurant’s employees are vaccinated, then the staff does not have to wear masks. Some local eateries have exhibited signs, stressing this new rule.

The new mandate also reiterated the fact that masks are still not required while outdoors. Counties can also be exempt from the mask mandate if they record less than 35 cases per 100,000 people in a week period.

Therefore, in order for Teller County to fall into that “green” category, there would have to be less than eight cases reported in seven days. According to Teller County Commissioner Erik Stone, that number may not be attainable any time in the near future.

“I would say that in the next year or two that it is highly unlikely that we will ever get to that low of a number,” Stone said. “Vaccination or no. I don’t want to compare it for severity because coronavirus is more contagious than the common cold. But what is the likelihood that eight people right now in Teller County have a common cold? It’s probably pretty good.”

After the governor issued his statement last week the Teller County Board of Commissioners released a statement to the public clarifying the new order. (see letter to the editor) “I and I think (all of the) commissioners felt like he (Polis) actually moved the goal posts on us again,” Stone said. “Because back a month ago he was indicating with his comments that he was going to be doing away with the mask mandate or at least giving local authority for the mask mandate by May 4.  And what they ended up doing was placing (in some areas) unachievable goals in order to get relief from the mask mandate.”

In the announcement, the commissioners say that they will not be “actively enforcing” the new mask mandate. According to Stone, the 80 percent number seems strange because he has never heard the state talking about a goal of getting 80% of the state’s population vaccinated. He also said that the commissioners have no way of enforcing the new mandate.

“It’s unenforceable, it’s unattainable,” Stone said. “Because of such the commissioners just looked at this and said that there is no reasonable way to enforce this. So,  thus we are not going to be in any way enforcing the mask mandates. We are encouraging people to take responsibility for their own health.”

Stone did say that around 70 percent of the county’s population that is older than 65 have been fully vaccinated. He also noted that nearly half of the county has now been given at least one shot of the vaccination.

He was also happy to announce the fact that the most recent cases of COVID-19 within the county that resulted in hospitalizations were with people that had not been vaccinated. The commissioner said that it is a good thing because it shows that the vaccinations are working.

According to Tellercovid.com, the county has seen a total of 118 hospitalizations out of the 1,685 positive COVID cases reported. There has been a total of 15 deaths caused by the disease locally, and as of May 3 three people were currently hospitalized.

A Rough April on the Coronavirus Front

That’s a good sign, as the last month wasn’t good on the local COVID-19 front, according to Cripple Creek Finance Director Paul Harris, a member of the Teller County coronavirus advisory board.  At last week’s council meeting, Harris reported that the county had 232 COVID-19 cases in April, representing a 55  percent increase from March.  However, he said that only 16 of these cases occurred in the Cripple Creek area. Unfortunately, in one recent two-week period, he noted the county was actually tracking figures, equating to 480 cases. That would have put the county into the red-zone, if the previous color-coded system was used.

On the upside, Harris stated that the county’s positivity rate, among those tested, isn’t too bad, only getting tabulated at 7.9 percent. Like the commissioners, Harris believes the best solution is for residents to get vaccinated. “The bug is out there, and we hope everyone gets vaccinated,” said Harris.