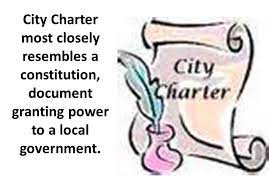 Confusion reigns over next probable step for WP elected leaders

With the passing of Woodland Park Mayor Val Carr last February  and the recent resignation of Councilman Jim Pfaff, the city’s governing board is now down to just five members.

This could create some challenges, based on the city’s charter, which lists the intent of having a council with six members and a mayor.

It is now up to the remaining council to appoint a new mayor and one new council member. Failure to appoint one or both could force the council to call a special election, or leave the council at five members until the next regular election. This is held in early April of each even-numbered year, meaning that the next regular election is  not scheduled until April 2022.

Normally, according to council rules, a tie vote would automatically be forwarded to the next regular meeting for another vote. Then should another tie vote occur, the issue would be declared dead. However, council voted to suspend this rule at the last meeting; therefore the tie vote killed the issue on the spot.

With Pfaff’s resignation, the city must now advertise for 30-days for applications to fill his seat. Once the applications are received and verified, council will once again interview each applicant.

Should council fail to appoint someone to Pfaff’s seat, council has two choices. They may vote for a special election, which will cost the city approximately $20,000, or they can leave council as is with five members until the next regular election.

There are a couple of interesting things in the city charter that relate to this issue of having to replace members. The first is that; “If a councilman’s office is vacated during the first two years of a four-year term, the term of the newly appointed council (member) shall expire at the next regular municipal election, and the registered electors shall elect a council (person) to complete the final two years of that term.” This is indeed the case with Pfaff’s vacancy.

Another interesting  factor, based on the city charter, is that “there shall be no more than two  appointed members of the council at any time. If three of more vacancies shall occur between regular municipal elections, the remaining councilmen and mayor shall call a special municipal election to fill all vacancies.” Since council failed to appoint a new mayor at the last meeting this provision would not necessarily apply at this time.

But it could throw a wrench on the process if more resignations occur.

Now it is up to council to either call a special election for mayor, or let the current stand as is until the next regular election. This gets complicated, though, since Pfaff resigned.

Under the current rules, the WP Council must initially interview and attempt to appoint someone to Pfaff’s seat before taking up the possibility of a special election. So, should council fail to appoint a person to fill Pfaff’s seat, they can then entertain the option to hold a special election to determine a mayor and council position.  Or, they can operate with a five-person council. In recent years, the council has never had a five-person council for a lengthy period.

As the next order of business, the council must direct City Clerk Suzanne Leclercq to begin the advertising of candidates for Pfaff’s seat. This will likely occur at the next regular meeting on May 1.

With two open positions, the WP elected board may choose to vote for a special election if they fail to pick a replacement for Pfaff.

To apply for the council seat, the main criteria is that a person must be at least 18, and have been a resident of Woodland Park for a minimum of one-year at the time of the appointment or election. Also, if a person is appointed or elected, he/she must maintain their residency in the city throughout the designated term of office. Any applicant also can’t be a salaried employee of the city, and can’t have a record as a convicted felon.

There are a few other guidelines for potential candidates. For more information, call the city at 719-687-9246.