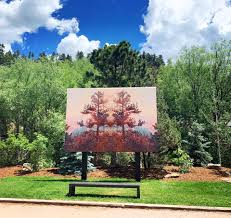 Green Box is proud to announce the hiring of a Deputy Director to take on a new role for the growing arts organization. Scott RC Levy, who celebrated his 10th season as the Producing Artistic Director of the Colorado Springs Fine Arts Center Theatre Company at Colorado College, will assume this new position on March 1, 2021.

“The Green Box Board of Directors and staff are thrilled to bring on board Mr. Levy as our new Deputy Director,” said Christian Keesee, Green Box co-founder. “Scott’s reputation and extensive experience in the arts in the Pikes Peak region will be of great value to Green Box as our organization continues to improve and expand our annual festival, arts education programming, and artist-in-residence program.”

Under Levy’s leadership, the Fine Arts Center Theatre Company has become the largest and most acclaimed professional theatre in Southern Colorado. Throughout his tenure, FAC productions have won numerous Pikes Peak Arts Council & Colorado Theatre Guild Henry Awards, including the 2018-2019 award for outstanding season by a Theatre Company, and a record-setting 10 Awards for the 2019-2020 season.

“Over the last decade, my tenure at the Fine Arts Center has inspired in me a profound love of the arts community in Colorado,” said Levy. “I couldn’t be more excited to remain in the Pikes Peak region and join the Green Box family as its first Colorado-based Deputy Director. The organization provides exemplary programming under the leadership of co-founders Christian Keesee and Larry Keigwin, which encompasses the best of visual and performing arts, arts education, and a deep commitment to community – all central to my core beliefs.”

Green Box is a nonprofit organization founded in 2009 with a mission to inspire artists, residents, and visitors to participate in the creative arts in the natural beauty of Green Mountain Falls, Colorado. Levy will lead Green Box into a new era with his enthusiasm for multi-disciplinary arts programming and administrative, fundraising and management experience. Recent developments in the organization include a robust artist-in-residence program and a permanent James Turrell Skyspace installation, curated specifically for the town of Green Mountain Falls, scheduled to open at this summer’s Green Box Arts Festival.

“Over the last 12 years, Green Box has made its footprint clear in beautiful Green Mountain Falls and I am thrilled to begin the work that will extend and expand its reach,” said Levy. “Green Box is an important part of the entire arts ecosystem in the Pikes Peak region and beyond.  The future for Green Box looks very bright, and I’m honored to now be a part of it.”

Levy has produced, directed and/or performed on, off and off-off Broadway, for the New York International Fringe Festival, at Shakespeare’s Globe in London, the Edinburgh Fringe Festival in Scotland, and in over 60 cities across North America. He has taught for several institutions including New York University, the Playwrights Horizons Theater School, the Guggenheim Museum, and the University of Maine. He is also a recipient of numerous grants, fellowships, and other recognitions, serves on national grant and adjudication panels, and presents regularly at conferences. Levy holds a BFA in Acting and a Master’s in Educational Theatre, both from New York University, and is a member of Actor’s Equity Association.

Green Box encourages artists, residents, and visitors to participate in the creative arts in the natural beauty of Green Mountain Falls, Colorado. We engage community through performances, exhibitions, education, conversations, celebrations, and an Artist In Residence program. The festival is committed to fostering creative expression and the presentation of art forms at the highest level.