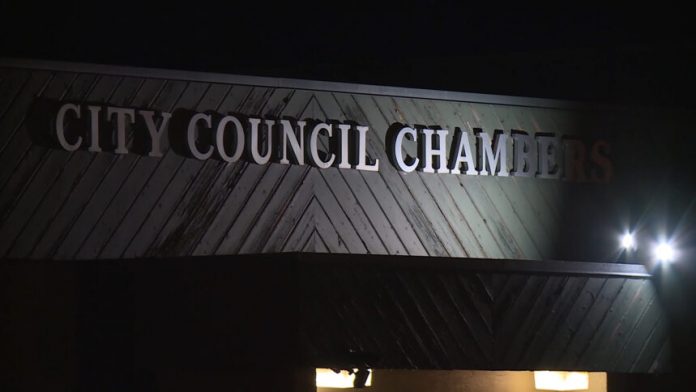 The city of Woodland Park recently held  its first council meeting in nearly a month.

As a result of the lack of meetings, the agenda was full and long, with much house-keeping business at hand and approval of a spree of contracts, resolutions and licenses. And with Mayor Val Carr still recovering from a battle with COVID-19, the council was once again limited to six members.  This impacted the final picks for certain committees.

The meeting began with the appointments to the Board of Review, Downtown Development Authority, and the Planning Commission.

There were four applicants for the openings on the planning commission. Two of the applicants were newcomers to city government; Eric Disman is a retired military man, and Al Bunge is a 14-year resident who wants to serve the community. Peter Scanlon was seeking reappointment, and long-time community activist Bob Carlson was the fourth candidate. After short questioning of the candidates, Disman and Bunge were appointed.

The third opening resulted in a tie vote between Scanlon and Carlson. Council decided to delay another vote until a seventh member of council is present.

Council then took up appointments to the Downtown Development Authority (DDA). These appointments have long been vacant. The last time council took up these vacancies was last July. At that time the  six-member council could not reach agreement on the appointments. As a result, the existing board member’s tenure was extended by virtue of the DDA bylaws. The same three candidates who applied last July were back again.

The city received no new applications. Current DDA board members, Elijah Murphy, and Jerry Good were approved. The third candidate, Marty McKenna, though, received only three votes. According to the city charter, a candidate must receive a majority of votes to be appointed. Once again, a new vote was kicked down the road on McKenna to when a seven-member council could convene.

The vote to appoint two members to the board of adjustment went smoothly. Both candidates, Dean Nelson and Jim Rumsey were appointed unanimously.

Three public hearings were heard at the Feb. 3  Two involved the transfer of liquor licenses. Both were granted. The new owner of the liquor store in the Safeway center is under new management and the second was the result of Alta convenience stores being sold. As a result, new ownership was required to transfer the liquor license.

The council also addressed a request to streamline process of alcohol in Meadowood Park. Under this plan, it could become easier for repeat vendors who have historically been approved in the past for liquor sales at the park to obtain their permit.