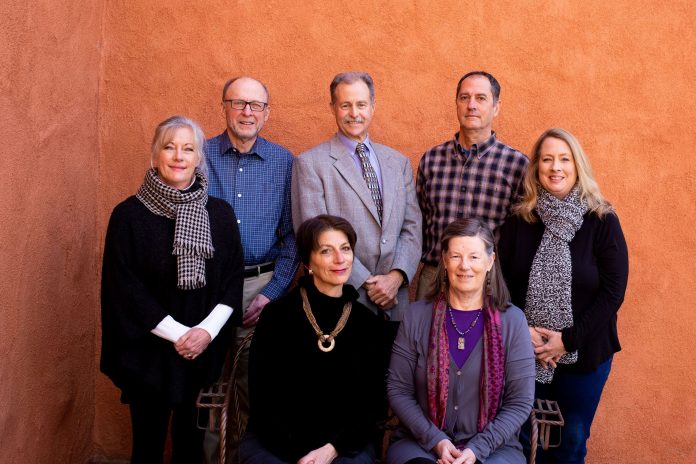 The presentation came 45 days after the council requested an update during its meeting on Oct. 13.

Council members favor restoring and expanding the existing building to not only comply with requirements of the Americans with Disabilities Act of 1990, but to continue use of the building as a library. The library came under fire earlier in the year following a series of complaints regarding accessibility of the existing building, forcing the city council to cancel the lease of the facility to Pikes Peaks Library District, which sought to combine services with Manitou Arts Center on Manitou Avenue.

Because the library has been closed as a result of COVID-19 restrictions, the move has been slowly progressing.

In order for the building to continue in use as a library, the city council needs to approve the issuance of a bid request to finalize the construction plans and work up costs, using funds that have already been set aside for the project. Broad fund-raising efforts will also begin by the Preserve and Renew Our Carnegie Library Task Force once the city council approves the bid request, which is expected during the Dec. 15 regular council meeting.

Pikes Peak Library District CEO John Spears stated the district’s commitment to maintaining a presence in Manitou Springs, addressing the concerns of several council members because of rent issues with the new location and the existing building once remodeling takes place. Council members are worried about spending money for restoration and not getting it back. . He stated that they have dealt with rent issues in the past and are aware of what is involved.

The Carnegie Library building, Miramont Castle, Manitou Arts Center, Manitou Springs Heritage Center and Hiawatha Gardens are all included in a funding package approved by voters in 2019 under the Manitou Arts Cultural and Heritage Initiative.

Council also discussed the issue of Mountain Metropolitan Transit’s shuttle service through Manitou Springs. The Transit system runs two shuttle routes through town, Route 36, that runs from April to September between Becker’s Lane and along Manitou Avenue and El Paso Blvd.; and Route 33 that runs between Hiawatha Gardens and the Incline, running continuously through the year, which connects up with Route 3, which continues along Colorado Avenue into downtown Colorado Springs.

Although it is too late to make any changes to the schedule for the summer of 2021 because of the long public hearing process involved, it is still possible to extend the route through to the roundabout at Serpentine Road for the summer without incurring additional cost to the city. The route currently turns around at the Ruxton Avenue Roundabout. Any changes would have needed to be submitted to Mountain Metro no later than April.

Three council members were critical of the need for the shuttle to continue up Ruxton Avenue, because it only serves Incline users and asked for information to prove others made use of the shuttle service as well. Officials said details could be obtained from the city administrator’s office to indicate ridership, as other data was unavailable.

Council member Judith Wolfe stated that the bus had little ridership early in the morning and later in the evening, as the bus runs between 6 a.m. and 8 p.m., and it only adds more exhaust to the area and asked about the use of either smaller buses or more energy efficient ones, such as electric buses, which has been discussed at past meetings,

Officials with Mountain Metro said the bus, used for Route 33, is the smallest in the system at the moment and the electric buses will only be used as part of a pilot program when they become available. Plus, the route would probably not be an appropriate use for those buses, according to the Mountain Metro officials.

One issue discussed was the cost the city pays for the shuttle. The Manitou Transportation and Mobility Board is opposed to any fees for bus riders because it serves as an alternative to on-street parking and charging for the service would discourage its use and be counter-productive to the goal of easing pressure on parking and reducing congestion for both people and vehicles.

Council members provided kudos to local businesses and restaurants as they are struggling to provide continued services during these trying times and encouraged citizens to shop at local shops during the holiday season and follow all guidelines for health and safety.