After more than a year of often heated debate, the Woodland Park City Council has taken a major step in changing zoning laws that deal with multi-family zoned properties.

The council passed an ordinance at last week’s regular meeting that makes a move that could require more input from residents in approving certain development projects.

The issue came about after members of the public spoke out about a tiny home project getting approved in 2018, without any necessary review by elected leaders.

Since then, council members have expressed their concerns about the way the city zoning laws were written. The decision to change the laws came as council members said that they would rather see apartment complexes and attached developments, rather than unattached residential units, such as tiny home parks.

During last week’s meeting, public comment was taken and all of the council members present expressed their opinions.

In the final vote, the ordinance passed by a 4-1 vote.  Council Member Hilary LaBarre was not present at the meeting. Council member Kellie Case, meanwhile, provided the sole dissenting vote.

The ordinance provides a better definition of mobile homes.  More specifically, mobile homes or detached residential developments will only be allowed on properties zoned for mobile home parks.

The ordinance also changes the rules to requires the approval of multi-family lots to be altered from a conditional use designation to that of permitted use. This means that developers of multi-family lots now must go through the full public hearing process.  Under the permitted use requirements, developers didn’t face as many regulatory obstacles. 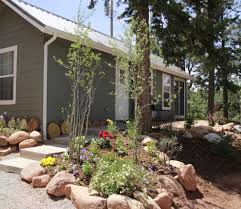 multi-family property developments were proposed. Many who spoke up during public comment about the issue favored the ordinance changes

For several council members, the main issue was to differentiate between single family and multi-family lots, and give the public more say in what happens to these projects.

“I personally am focused on the single family and multi-family being removed,” said Councilman Rusty Neal. “That is one of the big things I campaigned on. I wanted to fix an inconsistency. And to me that inconsistency has been repaired.”

However, council members Jim Pfaff and Robert Zuluaga were a little worried about some comments, saying that the move would be adding more bureaucracy to the property development process. “It’s not my intention to build more bureaucracy, but it is certainly my intention to give developers an opportunity for a fair hearing,” said Zuluaga. “Bringing it before council for a conditional use permit… cuts it both ways. It could be in the developer’s benefit.”

Mayor Val Carr thought that it was a good idea to get as much public input as possible when approving property development projects. “I am interested in giving the public plenty of opportunity,” Carr said. “I think that the minor inconvenience is worth it for the public to have full input in all of these situations.”

However, despite several arguments supporting the passing of the ordinance, Case still didn’t agree with the  change.

She believes it violates people’s property rights. “I am as conservative fiscally as I am about personal property rights,” Case said. “Multi-family is just that. If it is zoned multi-family why would it be conditional to have multi-family. It just doesn’t make sense to me. I believe that should be permitted use. I don’t think that we need more layers to bureaucracy and I hear that all the time from my fellow council members that are here this evening. I think that the zoning is fine the way it is and I don’t want to further regulate and further impose ourselves upon private property owners, so I will not be supporting it this evening.”

LaBarre, who didn’t attend,  contacted another member of council and said  her biggest concern dealt with the proposed changing of multi-family zoned lots from a permitted use to the conditional use permit stage. She has sided with Case on this issue, saying that the new ordinance infringes on property rights.