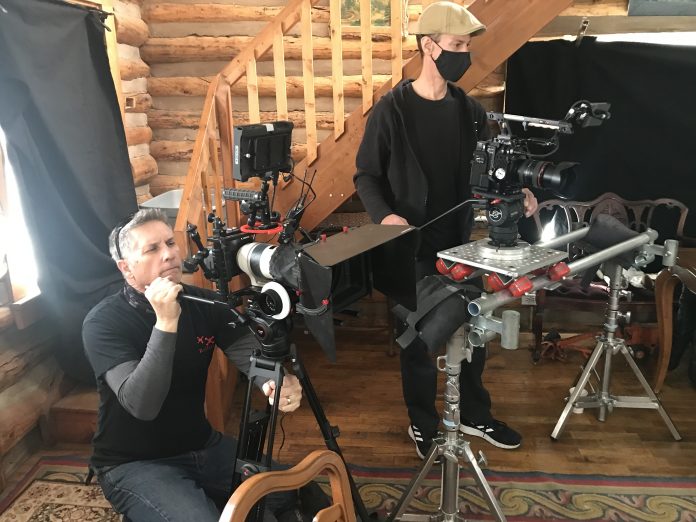 Besides experiencing a taste of Hollywood in the past,  Woodland Park is now in the spotlight as the home of a new documentary film.

Over the past couple of years, a few movies have been filmed in the City  Above the Clouds, but this time the filmmakers are specifically making a documentary about Woodland Park itself.

This particular documentary is focused on dude ranches in the area, including ranches 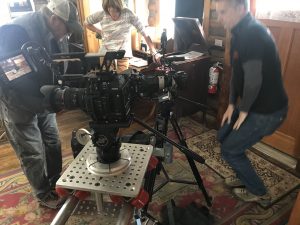 of the past and one that is still in operation. The trailer, introducing the topic, is now being put together. The ultimate plan is to create a docu-series on the internet that consists of six 10-minute episodes.

The crew for the series includes Teller County Film Commission Director Charlie Chambers as well as two U.S. military veterans who have vast amounts of experience in film production and direction. Doug Hetzler and Dennis Zerull are relatively new to the area, but they were quick to jump on board with the local organizations to help put together a documentary about Woodland Park.

Hetzler has joined the project as the lead videographer and editor for the series. He is retired from the United States Coast Guard. After serving his country for more than two decades, he got into film production.

Hetzler now owns and operates a small business called Red Jaxx Media that focuses on working with other small businesses. His company specializes in creating promotional videos for small mom and pop companies.

Hetzler said that he is proud to be a part of the community that is filled with fellow veterans and that he is excited to take a part in the city’s first docu-series. “Essentially the documentary is about the dude ranches in the 1800s and 1900s here in the Woodland Park area,” he said. “We are just kind of exploring what brought people here and what it was like to be on the dude ranches all the way up to today.”

He also said that he looks forward to doing more with the Teller County Film Commission in the future.

“We are in the process of developing some really cool community-involved ideas,” Hetzler said. “So, it’s not just ‘hey it’s the film commission and we’re making a bunch of awesome stuff,’ we want to get the community involved and try to enhance some of the pride and stuff like that.”

Zerull just moved to Teller last spring when the coronavirus pandemic shortly after the coronavirus struck, leaving the Los Angeles area. He is slated to become the director of the documentary series. He has 24 years of experience as a Green Beret in the U.S. Army and has spent the last couple of decades producing documentaries for television stations, such as the Travel Channel.

According to Zerull, what he is known for in the Hollywood scene is making racing documentaries, motorsports television, history documentaries and adventure documentaries. He started his career in the motorsports realm where he worked on the set of a show called Rides and Overhaul.

Since then, Zerull has helped produce Hot Rod.TV as well as film footage of the famous Baja races. Another one of his memorable productions was when he went to Mt. Everest to film rescues of climbers off of the mountain for the entire 2016 climbing season for a series called “Everest Air.”

Now that Woodland Park is his new home, the experienced film director is happy to be part of the local film commission and looks forward to spreading his knowledge throughout the community. “My philosophy is that I want to be able to share my knowledge with other people here,” Zerull said. “I want to do projects that embrace the community. The current documentary that we are working on for the Ute Pass Historical Society is really a community project. And that’s our philosophy. It’s the same thing with the Teller County Film Commission, we want to embrace the community.” 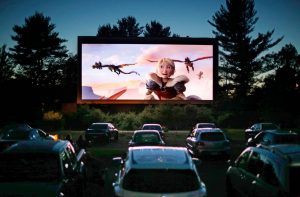 Zerull said that the film commission has been coming up with several ideas, such as hosting drive-in movie showings and film festivals. “We are talking about summer time films in the park where you can come bring a picnic and your families can sit down watch a movie and vendors can make some money,” the film director explained. “We are talking about doing a very small film festival. All of these kinds of things that will help make this town a destination instead of a drive-through city. I had no idea that there were filmmakers up here let alone veteran filmmakers. Doug and I speak the same language through the military but also through documentary film.”

According to Karla Schweitzer with the Ute Pass Historical Society, the organization decided to do some virtual projects during the pandemic since the closure of their gift shop prevented them from spreading the area’s history with others. She said that they originally wanted to do a small internet video but that once the film commission got on board, they decided to do an entire series.

Schweitzer also said that the dude ranch idea became the best project that meshed with the priorities of the three organizations. “We tossed around some ideas but the dude ranches I think captured everybody’s imagination,” she said. “Just because it also relates to tourism. It relates to let’s bring some people to this town and let’s see this area and the businesses grow.”

Click here to watch the trailer of the documentary miniseries that is coming soon!