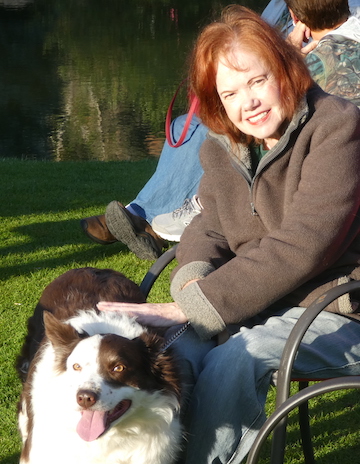 Maureen T. Manhart Langenberg died peacefully in her sleep in Albuquerque, New Mexico, an area she came to love in the last year and a half. She was 65.

She is survived by her husband, Rick Langenberg, editor of  The Mountain Jackpot (TMJ) newspaper, of Green Mountain Falls; her sister and niece, Lorraine and Nicole Lawson, of Colorado Springs; her sister and brother-in-law, Batyah and Yuram Weiler, of Las Cruces, New Mexico; and several relatives in the Colorado area.

Plus, she is survived by a beloved family dog, Sinead, named after the popular Irish singer 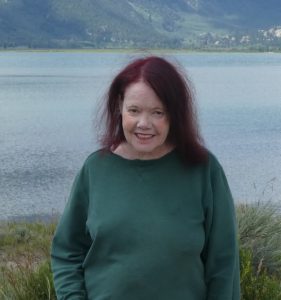 Maureen was born in Alma, Nebraska on Dec. 20, 1954.   She grew up, though, mostly in Linden, New Jersey (just outside New York City) and became a fanatic fan of the New York Mets. She also loved art and did many spectacular oil paintings of nature and landscape scenes. She graduated from Kean College in New Jersey with a degree in education and worked in New Jersey as an art teacher.

Maureen moved to Colorado in 1985, and received a Masters degree in special education from the University of Northern Colorado in Greeley, Colorado. She worked as a teacher in Woodland Park and Aurora and a number of other area districts. She also volunteered with the El Paso County Democratic Party, and briefly served as a precinct chairperson in the lower Ute Pass area. 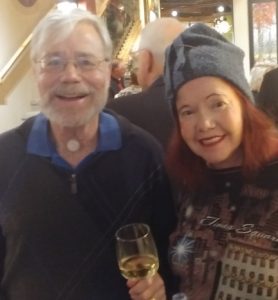 Maureen married Rick Langenberg in May 1999 and the couple lived mostly in Green Mountain Falls. The two enjoyed taking trips to various parts of  Colorado, and unusual spots in the region and around the country, and especially enjoyed the Scottish town of Dunedin, Florida. The two also were staunch fans of  the Colorado Rockies, traveling to their spring training headquarters in Arizona on several occasions; indulging in their playoff runs and various (yes many) slumps;  and partook in a number of Celtic celebrations. (Maureen was also a big fan of Irish music and Celtic traditions.) Maureen and Rick also frequented many local restaurants and entertainment hubs.

In addition, Maureen was an ardent dog lover, who had an extreme fondness for basset hounds, raising such acclaimed canines as Daffney, Prudence and Malarie. She also is survived by a family border collie, Sinead, who is quite well known in the communities of Green Mountain Falls and Cripple Creek.

A memorial  and celebration of life service for Maureen Manhart Langenberg will be held in  Green Mountain Falls at the Mountain Road Corner picnic area, (at the east section of GMF, at the corner of Chipita Park/Mountain Road, directly across from the main trailhead parking lot), orchestrated by the Church In The Wildwood.  It is tentatively scheduled for Oct. 10 at 11 a.m. In lieu of flowers, please support any local animal rescue group.