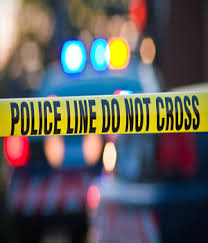 The Ute Pass/Teller County region recently experienced a string of rare crimes, including two dead bodies found in the area and a shelter in place warning issued.

On August 4, the El Paso County Sheriff’s Office released a statement saying that they identified the dead body found on the side of Highway 24 on July 31.  The deceased person was identified as 22 year- old Dedrea Duncan. The woman’s death was ruled as a homicide but no suspects have been named so far.

Duncan’s body was found on Hwy. 24 near mile marker 295 west of Manitou Springs near Cascade. The day the body was found, police investigators closed the highway down for several hours to conduct an investigation of the crime scene.  This closure, which led to huge traffic delays, sparked a flurry of questions pertaining to this case.

However, no information has been released as far as how Duncan died or who she was with. The sheriff’s office asks anyone with information to contact them.  Members of her family have been alerted and reportedly traveled to the Colorado Springs area last week to obtain more information regarding Duncan’s death.

Duncan was a Colorado Springs resident and a memorial was set up near where her body was found. According to news reports, Duncan was a former student at the University of Colorado/Colorado Springs. She enrolled in some classes during the fall semester of 2017 and 2018 but had not graduated.

On Friday July 31, rescue crews located a dead body in Skagway Reservoir, located south of Victor after an hour-long search. The crews started searching the reservoir with boats 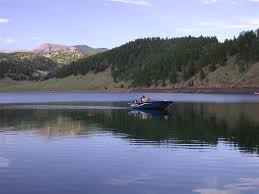 after they received a call for help that Friday.

According to Teller County Sheriff Commander Greg Couch, the case is no longer under investigation and no information regarding the identity of the body or cause of death will be released at this time. Couch did say that the body found matched the description of a person from Cripple Creek who was reported missing.

On July 30, the Teller County Sheriff’s Office issued a text alert, warning residents near the Sky Crest subdivision north of Divide to shelter in place. The alert said that deputies were searching for a suspicious man possibly on foot.

According to Sheriff Commander Greg Couch, the alert was issued after law enforcement agents foiled a burglary attempt. “It was a burglary that was interrupted by deputies and some people were taken into custody, arrested and charged,” Couch said. “But, one of them escaped on foot and stole a car and now he is wanted on various charges.”

Couch said that deputies are still working on identifying the suspect.  He stated that authorities have a picture of the suspect, but the individual is wearing a face mask. He said that a press release with more information about the wanted man, who is believed to be from Colorado Springs, will be released sometime this week.

According to the county’s arrest reports, 18-year-old Colorado Springs residents Rashawn Marquez and Michaela Landin were arrested on July 30 on burglary and other felony charges and were booked into Teller County Jail with $10,000 bonds. These charges were reportedly related to the burglary attempt.