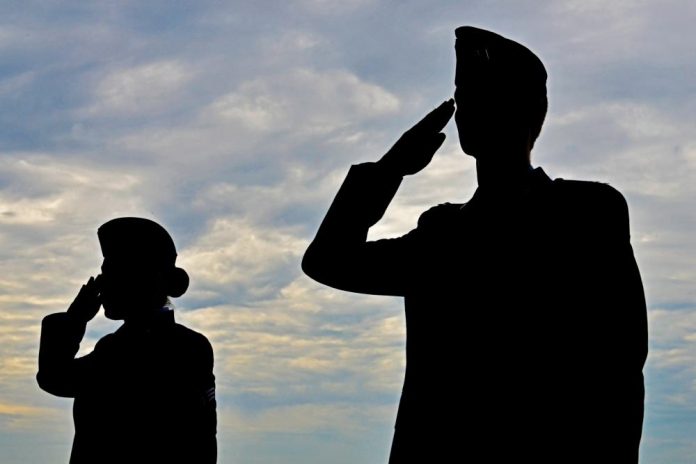 Despite pleas from military veteran group leaders and promoters of Cripple Creek’s biggest and most popular festival, the city council last week, citing major safety concerns, pulled the plug on the Salute to American Veteran Rally for 2020

As a result, the gaming community won’t experience the sight of thousands of motorcycle riders cruising into town in mid-August and a slew of veteran and POW-MIA related ceremonies and flag-waving celebrations. This would have marked the 28th year of the Salute Rally that probably attracts the biggest crowds annually to southern Teller for a several-day period.

The decision, however, wasn’t too unexpected. Ever since the cancellation of the town’s most traditional event, Donkey Derby Days, growing momentum has been building to kill the rally for this year.

Plus, a mini-controversy developed over the nearly $30,000 in funds the rally organizers would receive, while all other major events were canned or rescheduled. In the last week, TMJ has received emails from some casino employees, questioning if the rally was a go due to the pro-Salute Rally views of the elected leaders.

But that is not the case anymore.

During a special meeting last week, most council members, while praising the event and outlining the city’s strong support of area veterans and the festival, made it clear that the coronavirus pandemic was just too much of a hurdle to overcome.  They feared the rally, with this large of a gathering, which at times tops 40,000 people over a several-day period, posed major safety obstacles and put the community at risk.

Several council members commented that 2020 just wasn’t the year for the rally. “Put yourselves in our place,” said Mayor Pro Tem Tom Litherland, who noted that he loved the event, but as a member of council must look out for the welfare and safety of the Cripple Creek citizens. 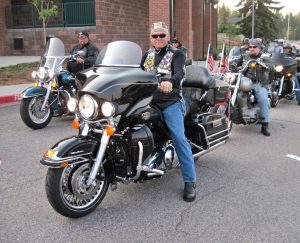 Councilwoman Meghan Rozell echoed similar sentiments, and similar to her views regarding Donkey Derby Days, maintained that it would be better to have a more robust festival in 2021.  She maintained that this is just not the year for such a  big festival, in the wake of the coronavirus threat and the rising case count in Colorado and Teller County. “We are taking a risk,” said Rozell.

Michelle Rozell (the mother of Meghan Rozell), who serves as Cripple Creek’s heritage tourism director, also raised the red flag about hosting this year’s Salute event as a city employee. “I think it is irresponsible. It is not the year,” said Michelle Rozell.

The majority council members feared that if more COVID-19 cases develop, the casinos could get shut down, a development that could  be disastrous for the town . “A second closure of the casinos would be catastrophic for the economy of the area. The cancellation of this popular event was not taken lightly and was done to protect the health, safety, and wellness of the community,” stated the city, in an official statement, following last week’s meeting.

The council voted 4-1 to cancel this year’s event. Councilwoman Melissa Trenary, a big supporter of the rally in the past, emerged as the sole dissenter. And ironically, she made the most extensive comments during the council’s deliberation on the fate of the event.

By killing the rally, she said the city is succumbing to fear and “telling every tourist they have to stay away (from Cripple Creek) too.”

She cited the city’s July 4th celebrations as an example of what can occur if a popular celebration takes place only with more restrictions. “I believe the rally is controllable. I believe this event can be managed,” said Trenary.

A Big Blow to Area Veterans

During public comment, the council got an earful from supporters of the  Salute Rally.

“It plays into the hands of fear,” said Miki Freeman, a business and commercial property owner in Cripple Creek, in regards to the city’s intention to cancel the event. By taking this action, she stated the city was relaying a terrible message:  “It is alright to have protests and riots, but we can’t have a (veterans) rally…We are concerned about the lack of common sense.”

Several key representatives of military veteran groups in the region even went further and lauded the rally as a way to develop comradery and a sense of healing among those who have fought for their country and put their lives on the line. “This event has saved the lives of veterans,” said Richard Ingold, who mentioned the high rate of  suicides among military veterans.

Other veteran group representatives classified the city’s pending cancellation action as dishonoring the heroic actions of former  members of the military who have died for their country.

The main promoter of the rally, Jim Wear, president of ProPromotions, urged the council to review the group’s COVID-19 suppression plan prior to making a decision. He noted that their plan was approved by the Teller County Health Department.

Moreover, Wear emphasized that this is a needed year for the rally due to the problems many veterans have encountered from the stay-at-home orders and related isolation demands.  He also cited the fact that many attendees had booked rooms at area lodging facilities, and that a considerable amount of groundwork had already occurred to do the rally this year in a safe manner. “Lodging is booked to capacity,” said Wear.

He questioned the relation between the uptick in cases in Teller and the rally, According to Wear, Teller County has not been placed on the governor’s watch list.

In an earlier interview, County Administrator Sheryl Decker confirmed that ProPromotion’s suppression plans were approved by Teller health officials. She said the promoters were required to break the rally participants into groups of 250 people each. On their application, she indicated they expected more than 2,500 participants, which far exceeds the rules for public gatherings

That said, Decker indicated that the final decision for the event rested in the hands of the Cripple Creek City Council. “It is really their call,” said Decker.

In their main deliberations, the council mainly took the view that their decision is about what is best for Cripple Creek.  The council members who voted to can this year’s event made only brief comments.

Even though the rally got canned, the POW/MIA recognition motorcycle procession may still occur. This normally starts in Woodland Park and heads to Cripple Creek. 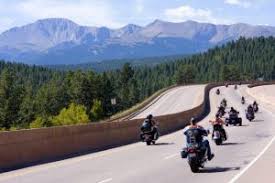 Wear has been lobbying the city of Woodland Park to allow their community to serve as the  kick-off area for the procession, similar to past years. With the CC Council’s decision, Cripple Creek just can’t serve as a host area for the motorcycle rally. Another destination spot, though, could get designated, but this may still require approval by proper health officials at the county and state levels.

With the council’s action, the prospects of any more summer or fall events in Cripple Creek appear remote. Normally, the southern Teller area hosts more than 20 special events, a diverse spree of celebrations that  once was dubbed by a previous city marketing director as the “Summer of Fun.”  For 2020, this may become the “Summer of Doom.”