Just before the Fourth of July weekend, the Colorado Attorney General ruled that a conference at Charis Bible college exceeded the 175-person limit, and slapped Andrew Wommack Ministries (AWM) with a cease and desist demand.

AWM, though, fought back, opting to conclude their conference, and planned to host another event on their property in July.  But in a surprising decision, the bible college changed its stance and canceled a Kingdom Youth Conference that was supposed to be held last weekend.

The back and forth duel between Charis and the state has commanded much attention on social media and regular news outlets throughout the region.  On a nationwide basis, religious institutions have become a controversial hot spot during the coronavirus epidemic, with President Donald Trump siding with their rights to have in-person assemblies.

State officials, though, don’t agree with the president’s pro-religion stance have cited a  bevy of health concerns.

On July 2, the Colorado Attorney General’s Office sent a letter to Andrew Wommack Ministries, which operates the Charis Bible College located in Woodland Park, and asked that they reduce the participants of their Summer Family Bible Conference down to 175 people inside a building.

The letter stated that based on conversations with college officials that Charis exceeded the capacity allowed by the Teller County variance by having between 300 to 500 people inside their auditorium. Shortly after receiving the letter, the bible college retained legal representation from a nonprofit organization, called the Liberty Counsel, which promptly sent a letter in response.

In a sharply worded letter, the state attorney general’s office demanded that Charis Bible College reduce their capacity during one of their conferences to 175 people or less. “If Andrew Wommack Ministries is hosting events where more than 175 people are present in a single confined indoor space, that action would be a violation of Executive Order 2020 091 as extended by Executive Order D 2020 123 and the Eighth Amended Public Health Order 20-28,” the letter said. “If that is the case, you are directed to immediately cease hosting events that violate the terms of the executive order, the public health order, and the approved Teller County variance, or to otherwise bring those events into compliance with the orders. This applies to both the conference events you are hosting this week as well as any post-conference activities.”

The local bible college was surprised by the letter because they said they have been working closely with the Teller County Health Department, and they have applied several 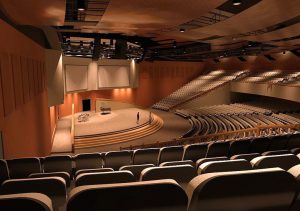 According to the bible college’s founder Andrew Wommack, the institution took many steps to protect the health of their patrons. But at the same time, he stressed that  they stand behind their constitutional rights. “We want to protect everyone from getting sick, but this is a violation of our constitutional right to peaceably assemble,” Wommack stated. “We feel like we have already gone to great lengths to do what we can do to comply, short of telling people they can’t attend.”

A violation of constitutional rights?

After receiving the cease and desist letter from the state Attorney General’s fOfice, the college’s governing body lawyered up with representation from the Liberty Counsel. “The ministry has retained Liberty Counsel, a national non-profit litigation, education, and public policy organization with an emphasis on First Amendment and other Constitutional rights, to represent us in this matter,” the Charis press release said.

In the rebuttal letter sent by the Liberty Counsel, the specific precautions the Charis Bible College was taking during their conference were outlined. The letter also highlighted the fact that the college had the right to assemble under the First Amendment of the Bill of Rights.

In the letter ,Charis’ lawyers pointed out the fact that other peaceful assemblies have been allowed across the state. “First Amendment protests in Denver have been permitted to proceed unquestioned,” the letter said. “Liberty Counsel is unaware of any Cease and Desist letters sent to the Denver Broncos or other protest participants regarding the number persons that far exceeds the 50 percent capacity meeting in AWMI’s worship center, let alone the number of persons permitted under PHO 20-28 or multiple instances publicly disregarding social distancing, mask or other requirements.”

However, the bible college made a decision to cancel an event that was supposed to take place last weekend. “On July 9, Charis Bible College decided to no longer host the Kingdom Youth Conference on its campus scheduled for July 10-11,” a Charis spokesperson said.

“The college has been working closely with the Teller County Public Health and Environment department (TCPHE) with the goal of developing agreed operational safety plans for all upcoming events.  We have not received a cease and desist order. We received a letter from the Attorney General, but that letter referred to an earlier conference. Our attorneys responded to that letter and the conference proceeded as planned. In the meantime, we continue to work closely with the local officials.”