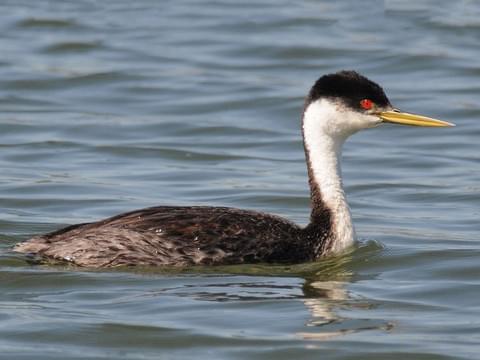 Last Wednesday, a rare bird, a Western Grebe, was reportedly killed by a group of juveniles at Memorial Park.

The incident has sparked massive sentiments of outrage, with demands for the arrest and conviction of the kids involved, who may have violated a new animal cruelty law.

According to eyewitnesses, the kids were throwing rocks at the bird and trying to snag it with their fishing poles. One large rock that was thrown hit the bird in the head causing it to drift to shore in a lethargic state.

A concerned couple, who were passing by, noticed the stricken animal and took it to the Animal Clinic of Woodland Park. The couple stated, “I was with my boyfriend in Memorial Park today and saw several kids throwing rocks and sticks at a duck that was on the pond. They hit the duck in the head with a very large rock and hurt it very badly. The duck drifted to shore and the kids smothered the poor thing and were fondling it. I ended up picking it up and its neck was misshapen and it was limp in my arms. My boyfriend and I took it to the vet.” 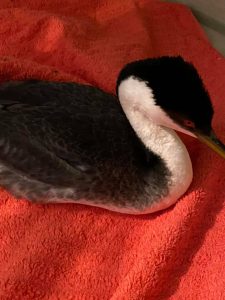 The incident caused a tremendous outcry from residents on local social media. One post garnered more than 100 comments from people condemning the kids and calling for their arrest. Many more posts were from people who could not believe something like this could happen in Woodland Park, an area where birds and ducks are other wildlife are revered.

Woodland Park Police Commander Ryan Holzwarth says the case is under investigation with no definite suspects.

In an interview with TMJ News, Holzwarth, said, “We’re investigating that now. We’re getting some video from Memorial Park to try to identify the juveniles. Witnesses said there were a bunch of kids doing it, so we’re trying to identify who was involved. We are also going to be working with DOW (Department of Parks and Wildlife). I think our local DOW guy is aware of what’s going on to see what kind of charges can be associated with that. Right now, we don’t have any suspects either.”

Holzwarth said he may have more information later next week, including more details regarding the incident in question and who may be responsible for the bird killing.

The incident may fall under a new animal cruelty law that was passed last February in Colorado.

Vets at the clinic tried to save the bird. The first night the bird was in their care, they reported it was in stable condition, but the following day the bird, unfortunately, succumbed to his injuries. On Thursday morning the clinic posted the following, “Sadly, despite our best efforts, the Western Grebe passed away this morning. Worsening neurological signs and hypothermia all point to primary brain trauma as the likely cause.”

If residents have any information regarding the juveniles involved in this incident, contact Commander Ryan Holzwarth at the Woodland Park police station at 719-687-9262.  As yet there is no reward offered for the apprehension of the perpetrators, but that scenario may change as outraged citizens could post their own fund.