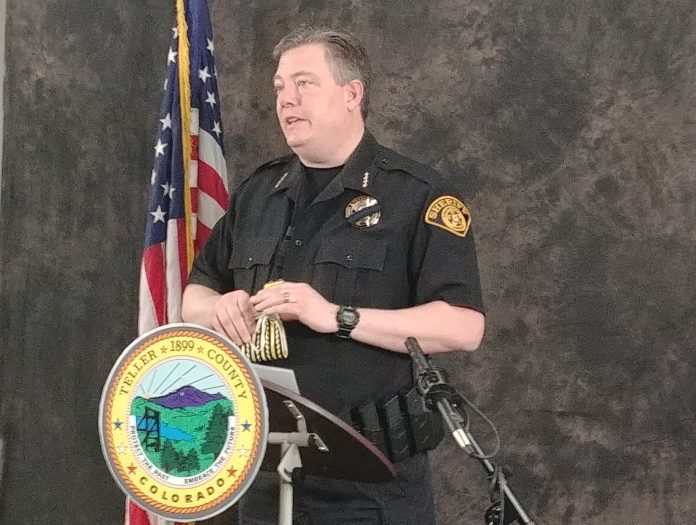 In a strong knock-out punch, the Teller County Sheriff’s Office has  won round two in their lengthy legal bout against the American Civil Liberties Union (ACLU).

Last June, the ACLU filed their second lawsuit against the sheriff’s office claiming that the department’s participation in the 287g federal immigration program was against a new law enacted at the state level and the state’s constitution. The organization named six Teller residents in the suit claimed that the sheriff was using taxpayer dollars to fund the participation in the immigration program which was illegal.

Last August, the sheriff filed a motion to dismiss the lawsuit claiming that the plaintiff lacked standing to bring about a lawsuit. The sheriff also argued that federal law overrides state law when it comes to immigration issues and that their participation in the 287g program was legal according to both state and federal law.

The major factor at play in the judge’s decision to dismiss the suit was the fact that the plaintiffs could not legally consider themselves as taxpayers. “I conclude that the plaintiffs do not have taxpayer standing,” the judge said in the order. “They have not suffered an injury in fact to a legally protected interest.”

The judge decided that taxpayer money was not used in funding the jail or the agency’s participation in the 287g program. According to information provided to the judge by county officials, the jail is funded through The Jail Enterprise Fund that allows the jail to financially support itself by offering services to other agencies for a fee. The jail has operated as a free enterprise since it opened in 1997 and it houses inmates for organizations across the country including the United States Marshal Service, Immigration and Customs Enforcement, and the U.S. Air Force.

“The 287 (g) Agreement is operated out of the Teller County Jail Enterprise Fund and not Teller County tax dollars,” Judge Sells stated in the conclusion of his order to dismiss. “The jail is funded by fees and not by taxpayer dollars. To the extent that any incidental expenses of the program are funded by taxpayers they are insignificant and do not constitute as an injury to confer taxpayer standing.”

In the judge’s order, he listed several other cases in Colorado where lawsuits were dismissed because the plaintiff failed to prove that they had taxpayer standing. Since the judge decided in this case that the plaintiff’s tax money was not used to fund the jail of the 287g program, he declined to rule on any of the other claims made in the lawsuit.

Fight Far From Over

After receiving news of the victory, Sheriff Jason Mikesell met with members of the local media to inform the public of the judge’s order to dismiss the ACLU’s second lawsuit against the county. However, the sheriff did say that he did not think that the battle with the organization would be over.

Mikesell said that he “absolutely” thinks that the county will see another lawsuit coming in the future. “We are the only jail in Colorado that is doing the 287g program,” the sheriff said. “This program is a jail program. I think people misunderstand it and think that this program allows us to go out into the streets and arrest people and bring them into the jail and run them through the 287g program. That is not the case. This program is specifically for people who have broken the law and they are here illegally and they are identified through the 287g program. The program allows us to then hold the people that are wanted to be held by the U.S. government saying that they have committed a crime, have multiple border crossings, or other serious issues.”

The sheriff would not disclose exactly how much the lawsuit cost the county, but he did say that the costs could have been higher if he had chosen not to fight the lawsuits. “I will tell you that it is less than a settlement would cost,” Mikesell explained. “And here’s the other side, the ACLU will continue to go after you to get settlements. If I were to settle with them, then they would use that settlement process to go to other counties and make them do the same thing. Or they would go to other states and push them to do that. That’s why we took a hard stand on that.”

The sheriff said that he plans to move forward with his 287g immigration program and that he hopes he can do so without any further lawsuits. “We continue to protect our community and really that’s all we wanted to do,” the sheriff said. “I think it’s a lawful right for any sheriff to protect his community. And why should a private organization stop us from doing so? So, we will continue to fight if we need to. We hope that we will be left alone for a while but I doubt it.”