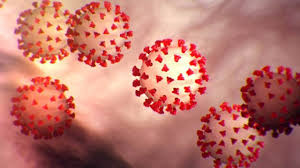 Just when COVID-19 cases appeared to be on the decrease in Teller County, the area got hit with the second confirmed death related to the virus.

Still, Teller has been somewhat isolated from the epidemic, compared to El Paso County, but the threat remains strong and community angst is running high. The last count was nearly 15 cases and two deaths, but these numbers didn’t rise much during the last week. However, despite the low local numbers, statewide Colorado has seen more than 6,000 confirmed cases and 200-plus deaths.

Currently, the entire state is under a stay-at-home order and the health department has asked that if people do go into the public that they wear masks. Last week, the only regulations that increased at the state level was an extension by the governor of Colorado’s disaster emergency declaration through the end of the month to access additional federal resources.  Also, Governor Jared Polis, in a major speech at the Colorado Convention Center, predicted that Coloradoans will continue to die from the virus in May, June and July, but is optimistic that the state will have the capacity to treat those who fall ill in a better and more efficient manner.

Locally, county officials continue to take steps toward being proactive, in case the region sees a higher number of cases. County officials have also been working towards giving information to the public with webinars and postings on their Tellercovid.com website.

Last Tuesday, Habitat for Humanity of Teller County delivered several cases of personal protective gear, including N95 masks, gloves, and protective coveralls, to the county public works building as a donation. According to Don Angell, the director of the Teller County Office of Emergency Management, the equipment will be used by first responders, medical and long-term care workers.

The local Habitat for Humanity group receives personal protective equipment (PPE) as donations to each year. Since, local first responders and medical workers now need to use the equipment more often, the organization decided to donate the equipment they had.

According to Teller County Commissioner Norm Steen, the donation is another example of people working together during these trying times. “Habitat had a great community response to a community need,” Steen said. “These guys are obviously good team players and great neighbors by helping out beyond what they normally do. They take care of the whole county. It’s just a community coming together and Habitat is a great piece of that.”

However, according to Angell, the supplies that were given last week by Habitat will only last the essential workers in the area for so long. “Based upon nationwide trends, this PPE will last us only a couple weeks when the curve actually starts,” Angell said. “So, we are going to continue to stockpile equipment to lengthen that curve.”

The county has been using its public works building in Divide to stock up on several different types of supplies that will be used for COVID-19 related issues. Currently, a large section of the building is being used as a warehouse to store supplies the county has accumulated like bleach, other cleaners and extra beds for the surge hospital.

Last week, county officials also announced to the public that employees of the Teller County Public Works Department invented a new product to help reduce the negative effects of the COVID-19 outbreak. The team of county staffers worked alongside a local EMS director to design and develop the piece of equipment that will help medical workers, when they have to hook someone up to an incubator.

According to Teller County Sheriff Commander Greg Couch, the invention and implementation of the device is another example of the county taking steps to stay proactive in the fight against the coronavirus. “The device is designed to protect health care workers during the procedure to place an intubation tube inside a patient’s airway,” Couch said. “Although simple in design, the invention should significantly reduce the spread of the deadly COVID-19 virus to our medical professionals at a time when more and more patients will be needing intubation.”

County officials had originally planned to officially unveil the piece of equipment and conduct a demonstration of how it would be used last Wednesday. However, the event was canceled. Officials said that the device would be unveiled and shown to the public at a later date that has not yet been set.