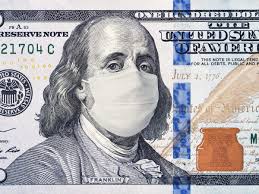 Cripple Creek is a gambling town and the city government is upping the stakes by betting big on the future of the gaming industry.

Last week, in a special meeting, attended by the maximum people permitted, the elected leaders opted to waive the device fees for the local casinos for the month of April, resulting from the mandatory closures enacted through the coronavirus crisis. They unanimously passed a resolution that approved this unprecedented waiver, representing a $300,000-plus break. Officials contend that it isn’t fair to charge casinos these fees, if they can’t open their doors.

The decision was a no-brainer, as the casinos, along with dine-in restaurants, bars, and theaters, were forced to close on March 17 due to post-coronavirus action demanded by 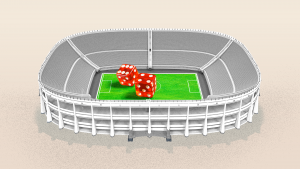 Colorado Governor Jared Polis. The closure is expected to last at least through the month of April.  The shutdown gained additional momentum last week, with an additional “Stay-at-Home” order.

“We are in bed together,” said Councilman Charles Solomone, in describing the close link between the town government and the city.

Other council members echoed similar sentiments, citing this as a benefit to the community since the industry employs about 2,000 people. At the same time, the council didn’t want to extend the waiver beyond April but hinted they may have to take this action if the closures continue. “I prefer a month by month (arrangement),” said Mayor Pro Tem Tom Litherland.

The meeting also was attended by several representatives of the gaming industry, who cited the coronavirus situation as unprecedented for the industry and the communities involved.

“We are talking daily,” said Matt Andrighetti, the general manager of the Wildwood casino. “This would be a good way to help us out.”

Baxter Lee, the general manager of Bronco Billy’s, agreed and stressed that casino operators aren’t taking the crisis lightly. “We are not assuming it is going to be business as usual. We are having multiple meetings every day…Every one of us is having that conversation (involving the next step).”

Moreover, he stressed the importance of preserving the health of the gaming industry. “We employ 1,000 families,” said Lee.

Tough Blow For The City

Although the decision to waive the device fees was fairly clear-cut, it won’t ease the financial pain the city may experience if the closure extends beyond April. Device fee payments, assessed against all casino operators, are the main financial mechanism that funds the city government.

While not dwelling into details, Interim City Administrator Paul Harris indicated the city could be staring at a potential $2.2 million hit if the coronavirus extends for several months.  Besides serious device fee reductions, the city would lose out on historic preservation monies and gaming tax revenue. 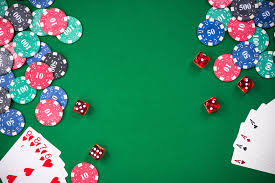 “We are in unchartered territory,” said Litherland, who questioned if the state would have enough funds to allocate grant funds like it has in the past.

Harris told the council that if the virus continues, the city is faced with several options.  These deal with not proceeding with key infrastructure projects, using more money from their reserve fund to make up the difference, and enacting structural operational changes.

The last choice would probably amount to the most difficult option, as that could result in the program and possibly personnel cuts. The city would have to examine what costs are essential right now. As a result, certain perks the citizens have enjoyed in the past, such as special events, theater shows, park and recreation amenities and marketing efforts could get placed on the cutting block. The cuts could also seriously impact infrastructure enhancements.

But at last week’s meeting, the city council didn’t get into any specifics regarding pending spending reductions.

One infrastructure project that did get derailed was a proposed chip and seal paving project. However, a significant $1.1 million water line replacement project on Bennett Avenue, which would impact the casinos, got the green light, with work expected to start in April (see related story).

The city council will meet again on April 1 in a virtual meeting.  Citizens are encouraged to participate online through a system established by the city clerk. The meetings still do have very limited public availability, with a maximus number of 10 people permitted in the council chambers, including staff, council members and members of the public.

During last week’s session, several people had to view the proceedings from the hallway, as the participant limit reached the 10-person maximum level.