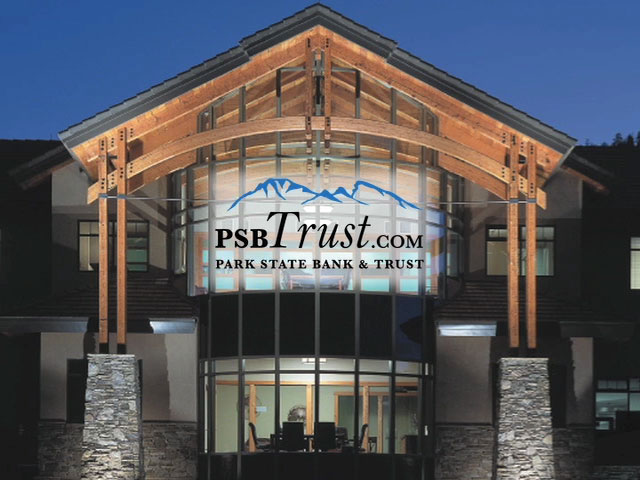 Officials:  Fire Not Triggered By Arson or Foul Play

Woodland Park’s Park State Bank & Trust, which features the largest amount of local accounts in Teller County, is recovering well from a fire that erupted in late January in the morning during their off-hours.

The bank has been conducting extensive remodeling efforts and  officials have concluded  that the fire was caused by a malfunction of an electric roof heating product. 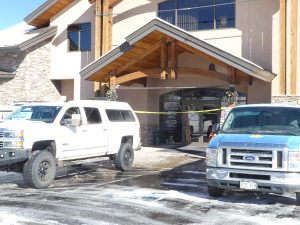 telling him that the bank’s building was on fire. Luckily, the fire department was notified just before the call to Perry, and they responded within minutes and took control of the situation.

In fact, by the time the firefighters arrived at the bank, the fire had already been extinguished by a single sprinkler that was triggered inside the building. The damage caused by the actual blaze was minor, but since a sprinkler went off the entire first floor and basement got flooded.

Smoke coming from the fire also caused other damage throughout the first and second floors of the building. According to Perry, representatives from the bank’s insurance company arrived quickly and started their investigation process. 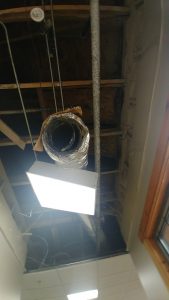 Then, a local water and fire damage mitigation company responded and set up over 120 industrial fans and other structural drying equipment in order to dry out the water damage caused by the sprinkler. The end result was that all of the carpets in the lobby and entire first floor had to be stripped out and the building had to get new paint.

The next step was to then determine what could have caused the fire, and according to Perry, the insurance company sent in one of the nation’s top fire investigators to do the job. 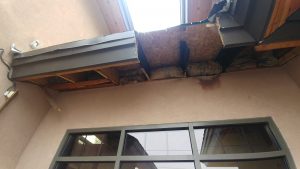 “They brought in investigators and they actually cut part of that roof out and hauled it out with a crane to take it up to Denver to get x-rayed to completely verify that what happened was an electrical product that failed,” the bank president said. “But the fire sprinkler did its job very well.”

Despite the unfortunate incident, Perry said that the bank continued to operate as normal. The bank was closed the day the fire took place, but then they have been open every business day since then. There were a few days that the lobby closed and the bank served its customers via its drive-through service only as remodeling work was being conducted.

Perry also said that the insurance company’s fire investigators and the bank’s security cameras were able to confirm that the fire was not caused by arson or any robbery attempt. Since the fire started on the outside of their building, the security cameras were reviewed and they were able to confirm that the cause was a short in an electric mesh material designed to help snowmelt off the roof.

On the positive side, the 17-year-old building will now get a new look from top to bottom. The bank president also said that they would be making a few changes to help them better conduct their operations while their building was in limbo during the remodeling. “We basically looked at every nook and cranny in the bank and we are making some operational, some functional, and some workspace changes,” Perry said.