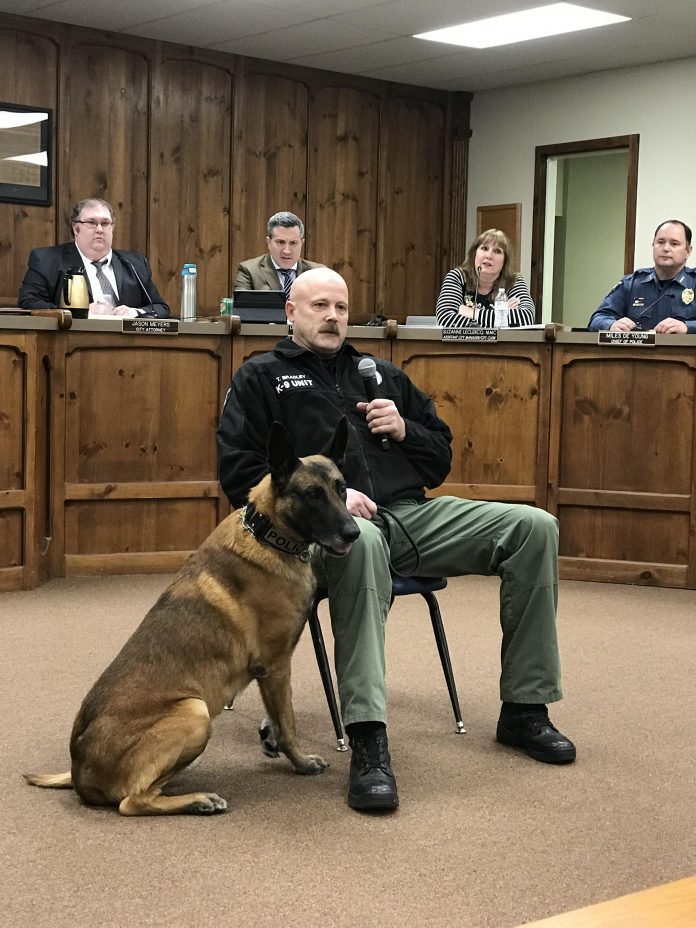 The highlight of last Thursday’s regular meeting of the Woodland Park Council was a presentation by Woodland Park K-9 Unit Officer Tim Bradley and Officer Rico, the police dog.

The show is about police and civilian K-9 teams. The teams are tested on their speed, agility, scenting ability and teamwork by completing a series of tasks on obstacle courses designed by experts to mimic real-life challenges that the furry heroes face every day on the beat. Bradley and Rico were the oldest team to compete in the competition. They were chosen from over 750 teams nationwide. The team nearly won the competition but missed the mark by only 5-seconds.

Prior to working with Woodland Park, Bradley previously served as the marshal for Green Mountain Falls.

In other council news, there was only one public hearing on a utility easement for Thunder Ridge Haven LLC. The matter received no public opposition and was passed unanimously.

During the portion of the report of the meeting, Planning Director Sally Riley gave an update on the city’s comprehensive plan update. Riley said the staff has solicited consultants to bid on the comprehensive plan project. She said seven consultants have expressed interest, and the bids were due last Friday. She also said the city has received a grant from the state Department of Local Affairs (DOLA) in the amount of $50,000. The city will match that amount to conduct the plan update. The city updates its comprehensive plan every ten years. Citizens are also invited to participate in the update process.

Council also appointed Councilman Darwin Naccarato to assist with the selection of the consultant. 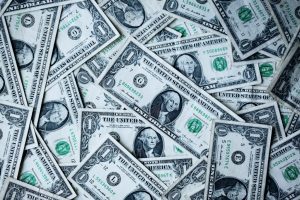 She said, “This is indicative of the slowing economy. December is normally our largest sales tax collection month.”

During the public comment on matters not on the agenda, Bill Work from the Cruise Above the Clouds committee questioned whether the event would still have access to Memorial Park and police assistance since they were informed they would not be receiving funds from the city for the event this year. He was assured they would have that assistance and access to the park.

Citizen Joe Moran spoke about the city’s reaction to the Colorado Department of Transportation (CDOT) requirement that the city make improvements to left turn lanes on highway 67. Moran Read a letter he sent to city staff concerning the highway improvements. City Manager Darrin Tangeman said the city is aware of the issue and is working on resolving their differences with CDOT.