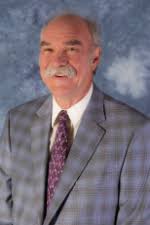 Some emails from readers of a previous column, which talked about different Council responsibilities and  the types of  meetings conducted, prompted questions such as: ‘Why are so many Council meetings secret?’

Notice for all meeting types are published in the designated locations annually designated by the City Council.  If a citizen’s life allows constant monitoring of these posting locations/sites they will be certain to know about these meetings.  Most meetings are attended by all seven members of the City Council, the City Clerk, the City Manager, and commonly by the City Attorney.

To review, there are four types of meetings that the Woodland Park City Council convenes.  We will attempt to examine each in turn.

An Emergency Meeting may be held only if a quorum of the Council consents and if all Council members are notified if practical. Such public emergency meeting shall be called only for the purpose of preservation or protection of public health, peace, safety or property. Maximum practical notice shall be given to the public, stating the purpose, time and place of any such meeting.

To summarize, Executive Sessions are the only non-public Council meetings.  Work Sessions, Special Meetings, and off-cycle Regular Meetings, emergency or otherwise, are the meetings that the public may attend but may or may not be aware of their convening.  Reasons for that include the publication of public notice where most citizens may not constantly monitor (like the front door of City Hall, for one location).  Another reason may be that these meetings are often not conducted in the Council Chambers, but upstairs or some other conference room the public rarely attends.  Another reason for public lack of awareness is that these types of meetings may not occur on the regular scheduled cycle of first and third Thursdays of each month.

Some on Council are interested in recording these meetings, so the general public may have available the historical content of discussion and information for transparency to the public, but this is not currently the procedure.  Council is always eager to hear from citizens on their ideas for greater transparency, including ideas for greater public awareness in notification methods and locations.

Val Carr currently serves on the Woodland Park City Council and is the current Mayor Pro Tem. He also serves on the boards of Mountain Arts Council, the Ute Trail Stampede Rodeo among others.  He retired from his successful communications software engineering firm and has served in public service volunteer positions with many non-profits in Colorado and California for 25-plus years. For questions, email Val @:  mtnguise@aol.com