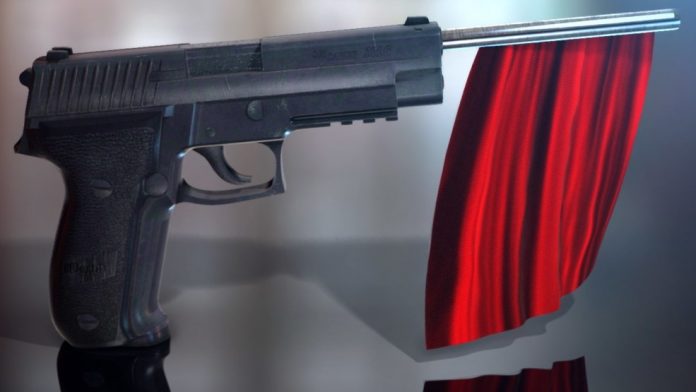 With the kickoff of 2020, the highly controversial “Red Flag” law was officially enacted across the state of Colorado.

And not surprisingly, the law, one of 15 new measures on the books, has sparked much opposition among gun advocates and law enforcement authorities. As soon as the law was drafted as an option last year, many county sheriffs within the state spoke out against the legislation.

The red flag legislation enables citizens to file an order with a judge to remove someone’s guns if there is reason to believe that they may harm themselves or others. If the judge approves the order, police will then be tasked with collecting all firearms owned by the person in question.

Many counties in the state, including Teller, passed resolutions that stated that the local sheriff departments would use discretion when enforcing the new law,  and they 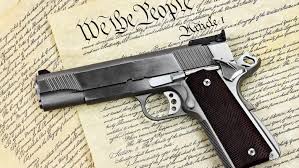 would make sure to continue to protect the constitutional rights of their citizens. These resolutions opposed the new law, but stopped short of saying the measure would not be enforced. Some counties in Colorado, though, have gone further and refused to abide by the controversial legislation, classifying themselves as Second Amendment Sanctuary areas.

Many county sheriffs across the state believe that enforcing the new law, the way it is written, could violate people’s Second Amendment and Fourth Amendment rights.

Locally, both the Teller County Sheriff’s Office and the Woodland Park Police Department have started to draft policies to deal with the new red flag law when, and if a situation utilizing it, arises soon. Both law enforcement agencies have received information from the state on how to go about enforcing the law, and last week top officials from both departments met with District Judge Scott Sells to discuss procedures related to enforcing the newly enacted state law.

According to Teller County Sheriff Commander Greg Couch, the county still has some work to do on figuring out exactly how the department will handle cases where there is a need to enforce the red flag law. In fact, they have started drafting up a policy to deal with these situations. “We will have to train more people and we also got a draft policy that was created and is in line with what the state law is,” the sheriff’s commander said. “We are trying to put fine points on everything right now but we are prepared.”

Not a Good Way To Handle Mental Health Challenges

Woodland Park Police Chief Miles DeYoung has also been busy figuring out how to enforce the new state law.  He has met with local judges and other heads of law enforcement agencies in the region. “We are going to cautiously apply this to the letter of the law and only as much as we are forced to,” the police chief said.

The chief also said that he is concerned about the way the law was written. “I do not believe that this was very good legislation,” DeYoung stated. “I think it was well-intended but poorly executed. The law is trying to deal with mental health, but the way they are doing this, in my mind, is not very effective. At the end of the day it is a piece of paper we are going to send somebody.”

He said that he thinks the law is a poor way to handle mental health problems, and he is concerned about the safety of his officers. “I have a low level of confidence that this (legislation) is going to have the desired result,” the police chief said. “As a matter of fact, I think it is going to increase the number of violent encounters with law enforcement when we are put in a situation where we have to serve these orders.”

The chief also believes that the newly enacted red flag law legislation could violate citizens’ constitutional rights. “I’m not in the position right now where I am comfortable doing any search warrants on anybody,” DeYoung said. “I think that it compromises the Second Amendment and I also believe that there may be some Fourth Amendment issues when it comes to search and seizure.”

The chief said that he believes there are better ways to handle problems with mental health than just going into their residence and taking their guns. “We are not clearing 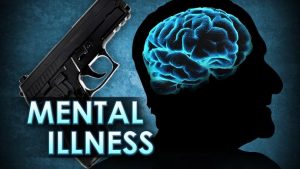 He said that the law creates many issues partly due to the fact that it only addresses mental health issues in one paragraph of the legislation. “If this was truly meant to help people there would be more than one sentence to address people that have a breakdown of their coping mechanisms when they come across a stressful situation,” DeYoung said. “We will serve any order on a person that a judge rules that we have to serve it on. But we are not going to go above and beyond on this one and we are going to try to get people additional help and resources versus just going in there and taking their firearms.”

Other local gun advocates, like Jon DeVaux, the owner of Alpine Firearms and Ammo, said that he thinks the law will have no impact on his business. And, he thinks that there will have to be case law set down the road that will better deal with the newly enacted legislation.

“This whole state is in a state of flux,” DeVaux said. “Because we have a lot of sheriffs saying that they are not going to enforce it and that they are a sanctuary county. The law has not been tested in court so I think none of us know the answer. There has to be case law set on this. Nobody has decided who (which county) is going to be the guinea pig yet.”